General of Iran’s Army: “We Are Going to Destroy Israel” 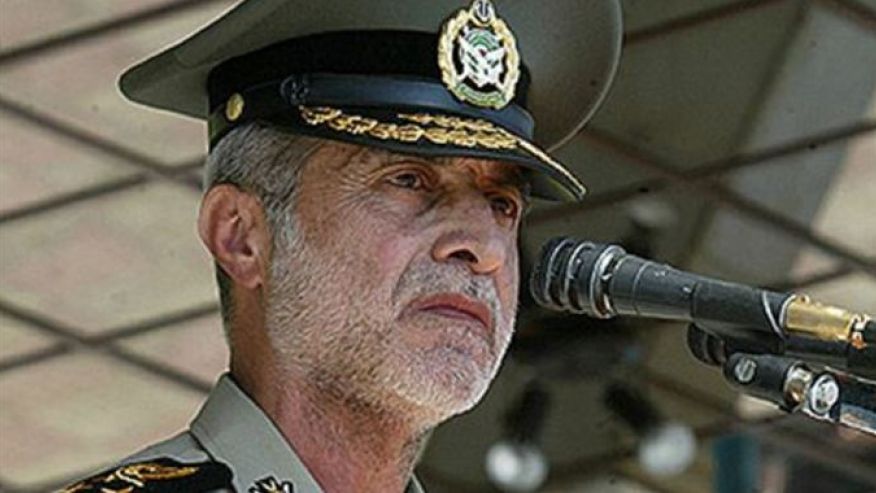 And Obama wants to give them nukes.

Ataollah Salehi, commander of Iran’s army, said on Tuesday that the Islamic Republic would destroy Israel at all costs, regardless of the recent nuclear deal, reports the Washington Free Beacon.

According to the state-controlled press, Salehi said,

“Israel only barks. No matter how much weapons are given to [it], we are going to destroy them. We will promise this task will be done.”

The comments follow reports that Iran has unveiled new advanced military hardware and intends to violate international prohibitions on its construction of ballistic missiles, which could be used to carry a nuclear payload.

Salehi expressed pride in Iran’s support for terrorist groups such as Hamas and Hezbollah, and acknowledged that Iran has been directly responsible for attacks on Israel:

“We are glad that we are in the forefront of executing supreme leader’s order to destroy the Zionist regime. They have been hit by those supported by us [Iran] even though they have not confronted us directly; if they confront us directly they will be destroyed.”

Hassan Firouzabadi, chief of staff of the Iranian Armed Forces, was quoted as saying,

Saeed Ghasseminejad, an Iran expert and associate fellow at the Foundation for Defense of Democracies, argued that Iran’s military has become emboldened by the Obama administration’s negotiations with Tehran:

“Due to the extreme weakness shown by this administration, Iran’s military establishment neither fears nor respects the U.S. anymore. The U.S. faces a credibility problem in the region; the problem will be there as long as President Obama is in office.”

Iranian leaders also vowed earlier this week to violate portions of the nuclear deal that seek to restrict Iran’s construction of ballistic missiles and arms. They insist that they can violate any restrictions without facing repercussions.