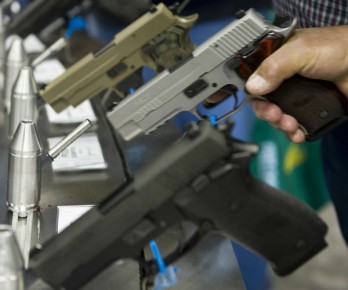 “Once again America grieves over a senseless tragedy caused by a mentally deranged dangerous person committing a horrible multiple murder with the use of a firearm. Once again the Pavlovian reaction by many politicians and their media cohorts is to focus on more ‘gun control.’

We at the ‘IFoA’ support useful ‘gun control’ legislation calculated to keep guns out of the hands of violent criminals, unsupervised juveniles and dangerously confused, mentally ill individuals.

We vigorously oppose ‘feel good,’ uninformed, ‘do something’ proposals that are irrelevant to the problems we face or worse, interfere with the increasingly important, constitutionally protected rights of hundreds of millions of Americans who commit no crimes, never misuse guns, and have every moral, legal and practical reason to own and use firearms for protection, sport, hunting or collecting.

Two and a half years ago IFoA president Richard Feldman met at the White House with Vice President Biden after the Newtown massacre. This was his statement. We ask, ‘what’s changed?’

Criminals hurt people everyday. Victims and their families deserve action, not rhetoric, not sloganeering and certainly not senseless and counterproductive infringements on the freedoms all lawful gun owners and a majority of Americans cherish.”