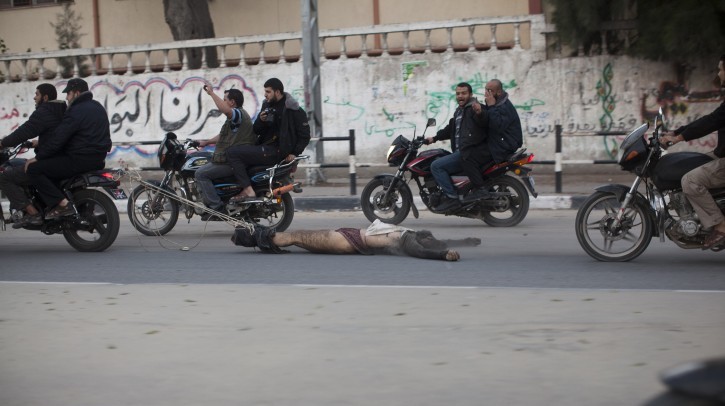 In a report Tuesday, Amnesty International accused Hamas of the extrajudicial killing of at least 23 [Muslim Arabs] accused of collaborating with Israel, and the abduction and torture of others, during the 50-day war last July and August.

According to the report, Hamas used abandoned sections of Gaza’s main hospital, Shifa, “to detain, interrogate, torture and otherwise ill-treat suspects, even as other parts of the hospital continued to function as a medical center.”

On August 22, 2014, Hamas publicly executed six men, at least one of whom was never charged in court. Other local suspects died in jail after being subjected to torture.

On Wednesday, Hamas maintained that the Gazans killed during the summer conflict were murdered by residents seeking revenge, rather than Hamas agents. In an official statement, it said the Amnesty report was “politicized, lacking in professional standards, and reliant on baseless claims.”

It was the “occupation,” argued Hamas, which was to blame for the death of the Gaza civilians, who were recruited as collaborators “to kill and sabotage the [so-called] Palestinian people.”

Hamas did not deny the men’s deaths, but provided an alternative explanation for it. Israel had bombarded prisons in the Gaza Strip during the war, causing a number of suspected collaborators to escape from jail. “Dozens of [so-called] Palestinians fell victim to the [Israeli] bombardment, including those accused of collaborating with the occupation,” the statement read.

But it was not the Israeli shelling that killed the suspected collaborators, Hamas admitted, but rather furious civilians seeking revenge.

“The [so-called] Palestinian society is tribal in nature, and the issue of revenge — especially against collaborators — is socially ingrained,” the statement continued. “The escape from prison was an opportunity for some relatives of victims to take revenge on these collaborators.”