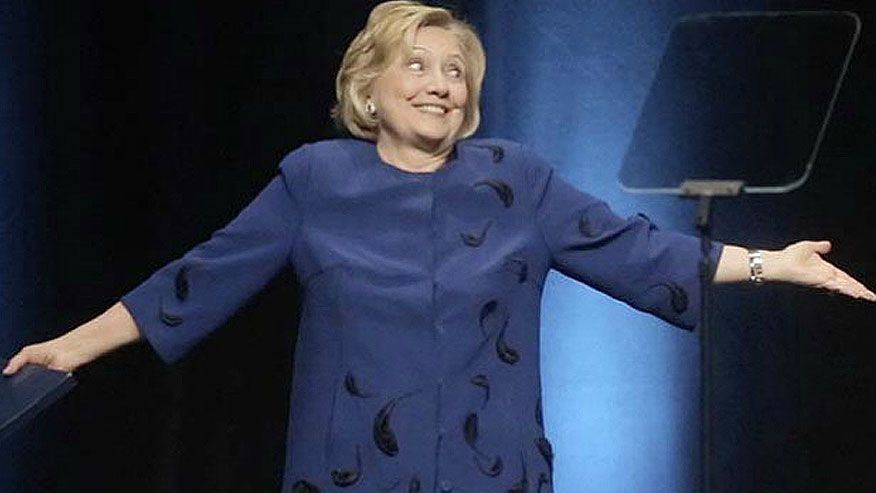 Federal campaign finance laws prohibit federal contractors from donating directly to candidates or their super PACs. It may or may not be constitutional after Citizens United but it is a good policy. The sight of large federal contractors seemingly backing a favorite horse in the race certainly could lead the average person to think that a candidate is for sale. And, once one contractor gives, others sort of have to give, too, just to be competitive for future contracts… not that an elected official would ever favor their donors over non-donors in contracting decisions.

But laws, as we’ve seen throughout Hillary Clinton’s ignominious, lumbering stampede over America’s political landscape, are, in her view, something that the little people get all concerned about. She is not bound by anything other than her own greed and ambition, and as those are both boundless she operates rather unfettered.

A super-PAC backing Hillary Clinton has accepted $200,000 in donations from a company holding multiple contracts with the federal government — despite a ban on such contributions.

According to a review of contributions by The Hill, Boston-based Suffolk Construction made two contributions of $100,000 to Priorities USA, which is backing the presumptive Democratic presidential nominee.

At the time it made the contributions, Suffolk held multiple contracts worth $976,560 with the Department of Defense for maintenance and construction projects at a Naval base in Newport, R.I., and the U.S. Military Academy in West Point, N.Y., according to the government website USASpending.gov.

Suffolk — which, by Forbes’s estimate, brings in some $2 billion in revenue annually — also donated $10,000 in 2015 to Right to Rise, a super-PAC that supported Republican Jeb Bush’s now-defunct presidential bid.

The donations from Suffolk highlight how a 70-year-old campaign finance law meant to prevent pay-to-play deals between public officials and companies making money from the government is often ignored by those making the donations and those on the receiving end.

Sure, some apologists will argue that this is a super PAC and not Hillary Clinton. That, in this case, is a distinction without a difference. She could make a public statement requesting that anyone raising money on her behalf do so in accordance with the law because a public statement is never “coordination” under campaign finance law. The very fact that she says nothing about the blatant campaign finance violations of her super PAC says volumes. But, then again, we’ve known Clinton is a grifting, money-grubbing crook for some years.