No, really… It gets even worse: Tech firm that housed Hillary Clinton’s private server kept servers in an apartment bathroom. 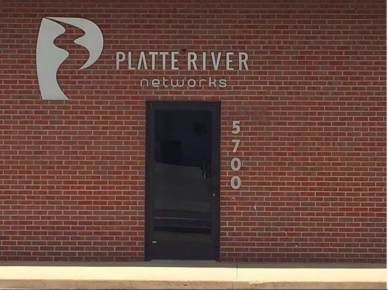 The IT company that stored Hillary Clinton’s private email server while she was secretary of state operated out of a small loft apartment where its servers were stored in the bathroom, according to a new report.

The Daily Mail reported that employees of the Denver-based Platte River Networks worked out of a 1,858-square foot loft apartment up until this year, when they moved into a 12,000-square foot building. A former employee who spoke to the Daily Mail said the apartment was owned by the company’s cofounders and said she resided in the same building.

“I don’t know how they run their operation now, but we literally had our server racks in the bathroom,” Tera Dadiotis, a 30-year-old former customer relations employee who worked at Platte River Networks from 2007 to 2010, was quoted as saying.

Dadiotis said that given the size of the firm, she didn’t “see how that would be secure” enough for Clinton.

“At the time I worked for them they wouldn’t have been equipped to work for Hilary Clinton because I don’t think they had the resources, they were based out of a loft, so [it was] not very high security, we didn’t even have an alarm,” she told the Daily Mail.

The tech firm acquired Clinton’s server in 2013 but handed it over to the FBI last week. Officials from Platte River Networks said the server no longer had any of Clinton’s emails on it, but it did at one time. The firm has also said that it’s “highly likely” a backup server had been created, which could produce the thousands of emails Clinton has said were deleted and irretrievable.

In 2012, Platte River Networks, founded in 2002, was honored as Denver’s “small business of the year.” The company has also worked with Gov. John Hickenlooper (D-Colorado), a longtime friend of the Clintons.

Despite those connections, it is still unclear how Clinton came to find the company and choose it to house her personal server.

Questions about the security level of the tech firm that has been described as a “mom and pop” operation have remained, especially as cofounder Tom Welch also confirmed to the Daily Mail that the company at least at one point kept the servers in the bathroom. The company is also being sued along with four other firms for allegedly obtaining phone numbers, including those used by the White House, illegally.

“It’s so weird, because it’s just a small IT company. I know they’ve expanded quite a bit since I left but I do think it’s strange, we only had the three owners and like eight employees. We didn’t do any work in other states,” Dadiotis said. “No offense to them, but who are they? I know of a lot of IT companies that are much bigger. When I was there I answered all the phone calls, paid all the bills, and had a good handle on what was coming in and going out.”

“We were like your local IT company, nothing special or fancy, we had a really good reputation but that was on a local level,” she continued.

Welch, who sold his third of the company in 2010, told the Daily Mail that he had no idea the company had eventually acquired Clinton’s servers.

“I had no idea they had that kind of client, when I was with the company we were a small Denver business focused company, we really didn’t do a lot, we did some stuff statewide, may have had a client or two in the western region but we certainly weren’t doing business in Washington, D.C. or on the East Coast,” he said.

Despite keeping the servers in the bathroom, Welch said their operation was very secure. He did not comment on whether Clinton’s servers were safe from hackers, as he was no longer with the company at that time.

“The space that we had our office was essentially designed as a residential unit…the bathroom connected to the master closet and that’s what we retrofitted as a server room,” he said. “Our internal network was extremely secure. At the time Inca St was a relatively obscure location, second-floor office. The technology we had in place was pretty good. The security we had in place at the office was really good to protect our well-being.”

Welch did say Clinton’s email scandal was going to put a “black eye” on the companym both on its reputation and its finances.

Platte River Networks could not be reached for comment by TheBlaze.