History tied to the rack to justify homosexual marriage 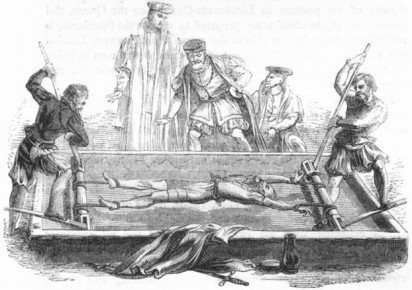 One of the most damning traits of the left, a trait that would actually be humorous were it not so pernicious, is the attempt to frame whatever fad they wish to inflict upon the rest of us as a “reinterpretation” of history where “manufactured out of whole cloth” would be a better description. The underlying impulse here is two-fold. First, they try to gaslight you into believing that they are describing the way things have always been. Secondly, it is a re-emergence of the political version of the ancient … gnosticism, i.e. of having special knowledge.

The first thing one has to ask when confronted with “reinterpretation” is why are we only hearing this now? How have generations of really smart people, including people who were alive at the time, missed this?

Sometimes the outcome is rather benign. For instance, Kwanzaa is a manufactured holiday based on manufactured cultural ideals and derived from a language that would have been completely unknown to any ancestor of modern American blacks. Harriet Tubman, who actually did little of significance, has been catapulted from deserved obscurity to legendary heroine while much more significant, and less politically correct figures, like George Washington Carver, are virtually unheard of.

The fringe left National Socialist German Workers Party of pre-World War II Germany mounted expeditions to Tibet and constructed  German history and racial mythos to justify its policies. Not only was history enslaved to politics but so was science (this is fairly close to what the Jerry Sandusky of Climate Change, Michael Mann, has done with his research).

Now we are seeing the same thing with homosexual marriage. For the two thousand years of the Christian era, homosexuality has been proscribed. It has frequently been punishable by death. For instance: 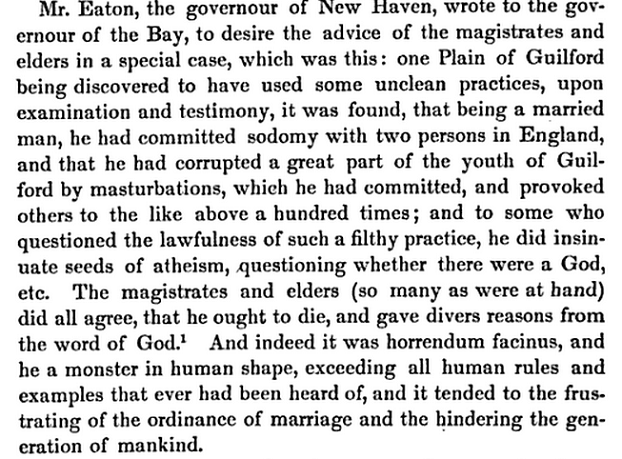 (Mister Plain simply lived at the wrong time. Today he’d have his own show on network television.)

Article 2 All flag officers, and all persons in or belonging to His Majesty’s ships or vessels of war, being guilty of profane oaths, cursings, execrations, drunkenness, uncleanness, or other scandalous actions, in derogation of God’s honour, and corruption of good manners, shall incur such punishment as a court martial shall think fit to impose, and as the nature and degree of their offence shall deserve.

Article 29 If any person in the fleet shall commit the unnatural and detestable sin of buggery and sodomy with man or beast, he shall be punished with death by the sentence of a court martial.

But, now history is being reinterpreted to reveal to us rubes that homosexual marriage has always been there and we were just too stupid to know about it:

With the Supreme Court preparing to rule on whether same-sex couples have a right to marry, you might think the idea was invented by a current generation of activists. Not so, Rachel Hope Cleves demonstrates in the most recent Journal of American History.

Cleves, associate professor of history at the University of Victoria, looks back 500 years and examines varied examples of same-sex relationships that, in practice, were no different from marriage. These included wives who lived with “female husbands”; “Boston marriages” between elite, educated women; and common-law marriages in gay and lesbian subcultures.

Historical accounts of such marriages used the language of impossibility to mediate between their existence and their outlaw status, Cleves writes. Male or female couples were described as living together as if they were married — or their roles were qualified by quotation marks. But she points out that society’s understanding of marriage reflects the nature of the relationship.

“Excluding relationships regarded as marriages from the history of marriage denies the institution’s social reality and risks buying into the rhetoric of impossibility,” Cleves writes. “Marriage as a historical practice extended beyond the statute.”

This is not the first time history has been tied to the rack and tortured until it gave the right answer. Back in 1994 another “historian” named John Boswell, published a book titled Same-Sex Unions in Premodern Europe in which he purported to document the rather commonplace occurrence of homosexual marriage in Early Europe. His work was received to wide acclaim but has largely vanished from the culture for a simple reason. Boswell wrote a polemic to support his personal life-style and, over time, the utter silliness of his claims became readily apparent. No matter how heroic the attempt, the “why haven’t we heard of this before?” question kept dogging it, so to speak.

We can expect, over the next few years, to seem more and more of academia searching about for “scientific” underpinnings for homosexual marriage. Already the ideas that you “gender” and “sexual orientation” have any relationship or that gender is pretty much a binary construct are being pooh-poohed by Really Smart People. Eventually our children, or their children, will be taught that homosexual marriage was the natural state of affairs in Eden, back when God created Adam and Steve which, through an erroneous translation, became Adam and Eve.