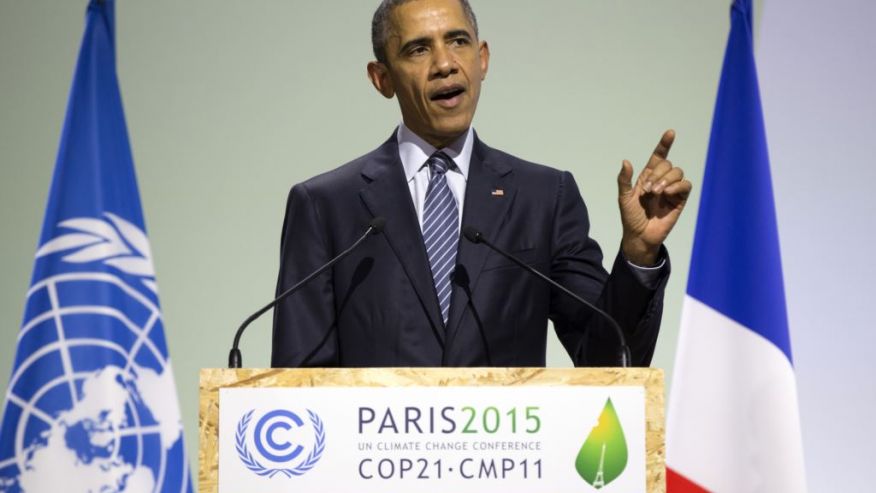 The House Science, Space and Technology Committee issued a report Tuesday revealing that President Obama sabotaged his own scientists in order to advance his agenda on “climate change”.

The Obama administration “engaged in a calculated effort to dismantle an Energy Department program so it could focus on meeting the goals of the president’s climate change agenda, even going as far as to fire scientists that disobeyed strict orders not to talk to members of Congress,” reports The Washington Examiner, adding:

[The House report also revealed] the administration even attacked one of its own Energy Department scientists who stepped out of line with strict orders to deny lawmakers with information on a nuclear radiation program that it was seeking to scuttle to pursue its global warming programs more aggressively.

“Instead of working to understand the value of the [radiation program] for emergency situations, [Energy Department] management engaged in a campaign to terminate research programs that could divert funds from the President’s Climate Action Plan,” the House committee’s report said. “Management and senior DOE employees privately discussed congressional support for the [radiation program] and its nexus to regulatory limits yet still maintained their agenda to close the program.”

The report concluded that the Energy Department’s actions are a reflection of an “institutional problem that must be corrected by overhauling its management practices with respect to its relationship with the Congress,” it read.

“Instead of providing the type of scientific information needed by Congress to legislate effectively, senior departmental officials sought to hide information, lobbied against legislation, and retaliated against a scientist for being forthcoming,” said the committee chairman Rep. Lamar Smith.

“In this staff report based on lengthy record before the committee, much has been revealed about how senior level agency officials under the Obama administration retaliated against a scientist who did not follow the party line.”

The Examiner notes that the House report found “a reckless and calculated attack on the legislative process itself, which undermines the power of Congress to legislate” and noted that agency scientists researching the effects of low-dose radiation exposure on humans and the environment faced retribution from White House officials for not toeing the party line.

Lies and hypocrisy are the hallmarks of Leftism.