How Breitbart Stabbed Ted Cruz in the Back 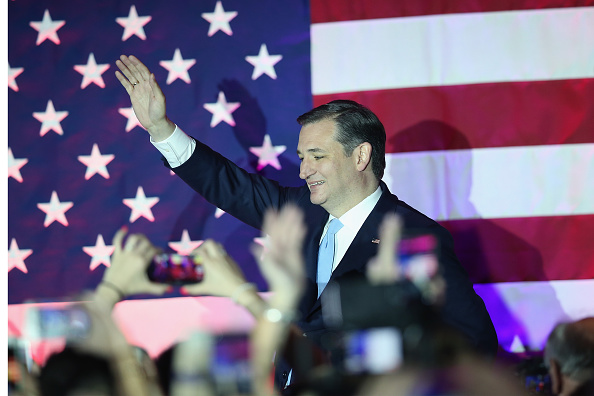 In late January, Breitbart News chairman Steve Bannon was tipped off about a story that he hoped would damage Ted Cruz.

Bannon, who this week became CEO of Donald Trump’s presidential campaign, was told that a radio advertisement would be landing in Iowa aimed at hurting Cruz with evangelical voters — the very constituency the senator was depending on to win the state’s caucuses on Feb. 1.

The line of attack, which was being pushed by Cruz’s presidential rival Mike Huckabee, was that Cruz had donated only a small fraction of his income to his church, not enough to fulfill his tithing duties of 10 percent.

Bannon was excited by the story, stating that it could spell the end of Cruz’s candidacy. He told his reporters to chase the story hard, though their efforts turned up nothing new.

Bannon didn’t respond to multiple requests for comment from The Hill, but a spokeswoman for the conservative news sight downplayed any work Breitbart’s reporters did on the tithing story.

“With regards to your question on Ted Cruz: Breitbart did virtually zero reporting on this,” Breitbart spokeswoman Alexandra Preate said.

Preate would not comment further, however, and did not deny that Bannon was pushing reporters to pursue the storyline.

In the early stretch of the presidential campaign, Breitbart was seen as a staunch supporter of Cruz, with Bannon leading the charge. Coverage of the Texas senator was favorable, with Breitbart at one point getting an exclusive look at Cruz getting his children ready for bed.

The story of how that happened, which has never before been told in such detail, provides a vivid illustration of how Trump’s rise has changed the balance of power in the conservative media, and by extension, the entire Republican Party.

To report this account, The Hill spoke at length to 12 sources with intimate knowledge of Breitbart’s internal operations, including several former staffers who were upset with the company’s direction. Most refused to be identified by name and several talked entirely off the record, only to confirm details.

All of the sources agreed that Bannon was once enthusiastic about Cruz’s presidential candidacy.

In early 2014, a source who attended a gathering at Bannon’s Capitol Hill townhouse, known as the Breitbart “Embassy” among staff, said that Bannon was telling anybody who would listen that Cruz was the most hardcore conservative likely to run for president and a guy he thought could win.

“He didn’t outright say he was endorsing Cruz, but he made it clear that Cruz was his guy,” said the same source who was with Bannon that night.

The first strike against Cruz came in July 2014, when Cruz joined Bannon’s sworn enemy, the conservative radio host Glenn Beck, on a trip to the U.S.-Mexico border. Cruz’s staff described the trip as a “humanitarian” mission to help a church provide supplies to needy families.

“Steve was still ranting about that trip six months later,” said a source who worked with Bannon at the time.

Cruz spokeswoman Catherine Frazier declined to comment for this story.

The second strike against Cruz came in April 2015, when the senator signaled his support for the Trans-Pacific Partnership trade deal and the fast-track legislation needed to push it through Congress.

Bannon made clear to Breitbart staffers that he wanted to destroy Ryan’s political career and what he called his “globalist” agenda. Shortly after Ryan became Speaker last October, Bannon began instructing reporters to look for ways to take him down. That effort culminated earlier this month in an unsuccessful bid to unseat Ryan in his Wisconsin primary, with the challenger heavily promoted in Breitbart coverage.

Cruz ultimately walked back his support for trade promotion authority, voting against fast-track legislation and explaining his decision in an exclusive for Breitbart News. But that conciliatory gesture wasn’t enough to win back Bannon, or at least not enough to overcome his growing affection for Trump.

“Steve has always been basically an anti-trade guy,” said a second source who worked closely with Bannon at the time. “That’s one of the fissures with the Trump and Cruz support.

“When push comes to shove, Cruz is basically a free-trade guy, and part of the reason why he saw Cruz as the weaker second option, and why he was willing to go after Cruz, was because he didn’t trust that Cruz would hold the line on trade.”

Soon after the trade flap, Bannon concluded that Trump was his guy, sources who worked with him at the time assessed.

He saw the billionaire as the most effective tribune of Breitbart’s populist nationalist movement. Bannon and other senior editors at Breitbart also believed that Trump had all but stitched up the nomination.

Breitbart’s slow turn against Cruz was complicated by the fact that a major funder behind Cruz’s presidential campaign, New York hedge fund billionaire Robert Mercer, is also a major funder of Breitbart.

Several prominent Cruz allies registered their distress about Breitbart’s coverage to Mercer’s daughter Rebekah, asking her why she was supporting an outlet that was hurting her candidate, Cruz.

The Mercers, who never opposed Cruz and resolutely backed Bannon as being fair to the senator, eventually came around to Trump. They are now funding an anti-Hillary Clinton super-PAC and are increasingly influential figures in Trump’s orbit, as The Hill has previously reported. They were seen as influential players in Trump’s decision to hire Bannon as his campaign CEO.

When Breitbart’s coverage shifted toward Trump, some say the tone of Breitbart coverage about Cruz never became overly hostile.

“To be completely honest, I felt like Breitbart were more than fair to [the Cruz camp],” said the source defensive of Bannon.

“Breitbart had a standing offer to the Cruz folks that Breitbart would print anything they pitched,” the same source said. “Only problem is they didn’t pitch anything.”

But while Breitbart continued to publish stories favorable to Cruz, the website’s sympathies soon became clear, with pro-Trump coverage overtaking the site.

A directive went out to Breitbart staff over their internal Slack channel in mid-2015 that any stories involving Trump or Cruz, or conflicts between the two of them, needed to be approved by Bannon and editor-in-chief Alex Marlow.

The move was explained to staff as necessary to ensure that politically consequential stories were appropriately vetted, but several staff members said they felt that it was a means of tipping coverage in Trump’s favor.

In January, When Trump began raising questions about Cruz’s Canadian birthplace and his eligibility to be president, Breitbart jumped on the storyline.

Bannon ultimately scored a concession out of the Cruz camp. When the Cruz campaign decided to release the birth certificate of the senator’s mother, it did so by giving it exclusively to Breitbart.

Another anti-Cruz storyline Breitbart pursued aggressively was what Trump called the “weak” and “pathetic” informal alliance between Cruz and John Kasich late in the primary season.

On April 25, Breitbart published seven stories about the alliance, which quickly fell apart.

The same source defending Bannon pointed out that Breitbart never supported the “birther” movement questioning President Obama’s birthplace. The source defended the coverage of Cruz’s citizenship and said that the Breitbart chairman simply wanted Cruz to explain the issue to voters.

The source also said Breitbart would’ve gotten fully behind Cruz or any other Republican had they won the nomination, in keeping with the philosophy of the site’s founder, the late Andrew Breitbart.

Caught in the middle

Three sources familiar with Breitbart’s internal operations said that Bannon didn’t want to have to choose between Cruz and Trump and found it an uncomfortable position to be in.

“Their hope was that they would get both sides together to fight the establishment,” one of these sources, who no longer works at Breitbart, said. “So they were hedging their bets, but it was clear when push came to shove they would side with Trump.”

By late 2015, sources working at Breitbart — both those sympathetic and hostile to his leadership — believed that Bannon was privately all-in for Trump but trying at the same time to keep on good terms with the other candidates in case Trump didn’t win.

Bardella, who has publicly criticized Breitbart and Bannon, was in constant contact with Bannon for two years. He said it was “almost like [Bannon was] placing bets” during the primaries.

“You have some chips on some numbers,” Bardella said. “They kind of flirted with Rand Paul; they flirted with Ted Cruz.

“I think Steve kind of astutely saw that there was something more than a novelty of Donald Trump being temporary and began moving his chips into the Trump side of the betting table.”

Bannon’s underlings felt that he’d hitched his wagon to Trump by the time of the first Fox News debate in August — the one where Trump had a famous confrontation with co-moderator Megyn Kelly.

And by January 2016, when Cruz stopped praising Trump and started attacking him as a liberal, Bannon became increasingly enraged and instructed his reporters to hammer Cruz.

Throughout this period, Breitbart staff made no secrets of their close ties to the Trump campaign.

Bannon kept colleagues abreast of his near constant contact with Trump and Corey Lewandowski, who was then Trump’s campaign manager.

Breitbart’s Washington political editor, Matthew Boyle, had long since established himself as one of Trump’s favorite reporters. That dynamic was on display last summer when, according to The Washington Post, “Boyle, 28, asked Trump about his rising poll numbers … [and] Trump broke into a broad smile and high-fived the young journalist in front of startled onlookers in the post-debate spin room.”

A source who observed several of Boyle’s interactions with Trump staff said that on the campaign trail, Boyle was “actively giving consulting advice to the Trump campaign staffers and strategizing with them while he was reporting on the primary.”

Another chance for Cruz?

Since refusing to endorse Trump in the most aggressive way possible — in a speech at the Republican National Convention that got him booed from the stage — Cruz has been back at work in the Senate.

Meantime, his allies are building a formidable outside grassroots infrastructure for what many assume is a run for president in 2020, should Trump lose in November.

Despite how the 2016 primaries went down, a source close to Bannon said that Breitbart News “still has hopes” for Cruz.

“Breitbart believes he could still come around and do the right thing,” the source said. “He could still have a future.”