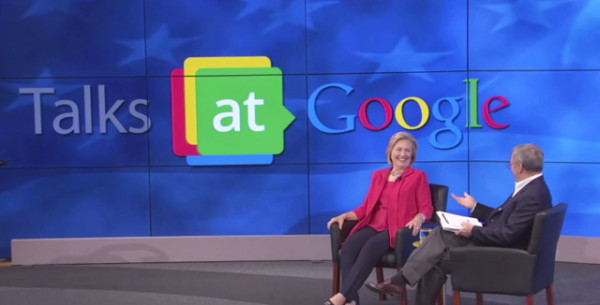 [Townhall] – Today, as you read this, my website Right Wing News is shutting down operations. It has been around since 2001, but became massive a few years ago because of Facebook.

Remember the mainstream media liberals going out of their minds because the Russians reached almost 150 million people with their $100,000 Facebook ad buy? In July of 2015, in just a week, the Right Wing News Facebook page reached 133 million people. Because conservatives were sharing content they were interested in, little ol’ Right Wing News (well, I guess nearly 3.6 million Facebook likes isn’t so little) was driving the same amount of web traffic as some of the biggest newspapers in America. Barack Obama’s Facebook page was 36 times bigger than our page; yet we had 7 times as many people talking about our content.

Ironically, that’s a big part of what killed the website.

One of the reasons goes back to something I told multiple reporters during the 2016 election. I believe that all of the thriving right wing Facebook pages activated large numbers of what I like to think of as “instinctive conservatives.” You know, the sort of people who love God, guns and America, but who don’t follow politics day to day, read National Review or consume any of Milton Friedman’s books. From what I could see on Facebook, that group of people LOVED, LOVED, LOVED Donald Trump and I believe they were responsible for getting him the GOP nomination and probably even got him over the hump in states like Michigan, Pennsylvania and Wisconsin. I think the liberals that run Facebook came to that same conclusion.

Before the election season got into full swing, Facebook had already made some mild downgrades to reach. Afterwards, when liberal mainstream media outlets were screaming about Russian ad buys and “fake news,” Facebook systematically, methodically reduced the reach of all its pages with each algorithm change. By then, most of us understood where it was going long-term. If Facebook killed every conservative page overnight, there would be a huge outcry. On the other hand, if Facebook slowly strangled us to death, we’d fade away and would people even notice?

Yes, non-political pages were affected, too, although conservative pages got it worse and, yes, there is a business incentive to do this. When people click on a news story, they leave Facebook. On the other hand, conservative pages like Right Wing News were able to become so massive because we are putting out content an awful lot of people on Facebook want to read. That’s no longer going to be allowed in part because we’re putting out a message that the liberals who run the company don’t want out there.

In addition to that, as someone who has been working for a living in this business since 2005, let me drop a little truth bomb on you. We are now in a very oversaturated, corporation-dominated media environment. If you don’t already have a legacy website that captured traffic years ago and held onto it, huge traffic you can bring in from elsewhere, or millions of dollars to spend, your chances of getting a political website off the ground today are infinitesimal.

That gets to the heart of the biggest problem conservatives don’t realize that they have.

Social media IS the new public square. It’s the place you go when you want to reach out and find an audience.

….Except Facebook has for all intents and purposes announced that it’s killing off pages. So much for having a conservative voice there.

As James O’Keefe just revealed in his latest sting, Twitter felt comfortable banning pro-Trump accounts and one of his unwitting sources said, “Yeah you look for Trump, or America, and you have like five thousand keywords to describe a redneck. Then you look and parse all the messages, all the pictures, and then you look for stuff that matches that stuff.” Charles Johnson, who’s a conservative gadfly, is currently suing Twitter because it admitted that he didn’t violate Twitter’s policies; Twitter just wanted to get rid of him. It’s good to know that if you’re conservative, you can spend years building up an audience on Twitter and the liberals at Twitter can arbitrarily throw you off their service because they decide they don’t like your views.

Speaking of building up an audience on a platform for years and then getting screwed, YouTube is also doing that to conservatives. YouTube arbitrarily decided that many conservative videos should be demonetized. Yes, there were profane or gross liberals demonetized as well, but just presenting a conservative point of view was enough to have YouTube cut people off. Dennis Prager’s PragerU is suing YouTube for exactly that reason. Just to give you an example of the sort of content YouTube thinks is over-the-line, here are some of the videos it demonetized: Why America Must Lead, The Ten Commandments: Do Not Murder, Why Did America Fight the Korean War, and The World’s Most Persecuted Minority: Christians. Of course, YouTube would claim that it’s not censoring the videos because it didn’t take them down. However, people are not going to spend large amounts of time and money putting together high-production-value videos if they’re not going to be allowed to make money on those videos because of their political beliefs.

Furthermore, YouTube’s radically liberal parent company Google is being sued by James Damore for targeting white men and conservatives. Incidentally, Damore was fired from Google after he wrote an internal memo for other employees to read (something that is common at Google) called, Google’s Ideological Echo Chamber: How bias clouds our thinking about diversity and inclusion. Don’t kid yourself because if you are conservative, “diversity” and “inclusion” don’t include you. If you want a more concrete example of that besides its heavily biased search engine which pretty clearly prefers liberal sources over conservative ones, the latest controversy with Google is that if you search for many prominent conservative websites, it has a “fact checking section” next to them while many sketchy liberal websites don’t.

Many of these companies effectively became monopolies because they worked hard to serve ALL of their users. Now that they completely dominate their spaces in the marketplace, their liberal political views are impacting their services. As Robert Conquest once said, “Any organization not explicitly right-wing sooner or later becomes left-wing” and that is a much bigger threat than most conservatives realize.

It’s easy to say, “Build your own social media website and compete with them,” but we’re talking about companies with billions of dollars and monopolistic control of their markets. The obvious solution would be to break these companies up or to at least acknowledge their importance to modern society and regulate them heavily, but conservatives don’t seem to be interested enough in either solution to even THREATEN to do this.

We’ve already lost the schools, Hollywood and the mainstream media. What happens when you can’t get out conservative opinion via social media because they block, shadow ban and demonetize everyone who gets any traction? What happens if they put rules in place that essentially make expressing conservative opinions something that gets you kicked off their service? You’re pro-gun? Sorry, not allowed. You don’t like gay marriage? Get out of here. Criticizing Black Lives Matter? Out of bounds! We can hope for the best, but that seems like the future we’re headed toward and it’s one that will leave conservatism weaker than ever.