How Does Maxine Waters Afford to Live in a $4.3 Million Dollar Mansion? 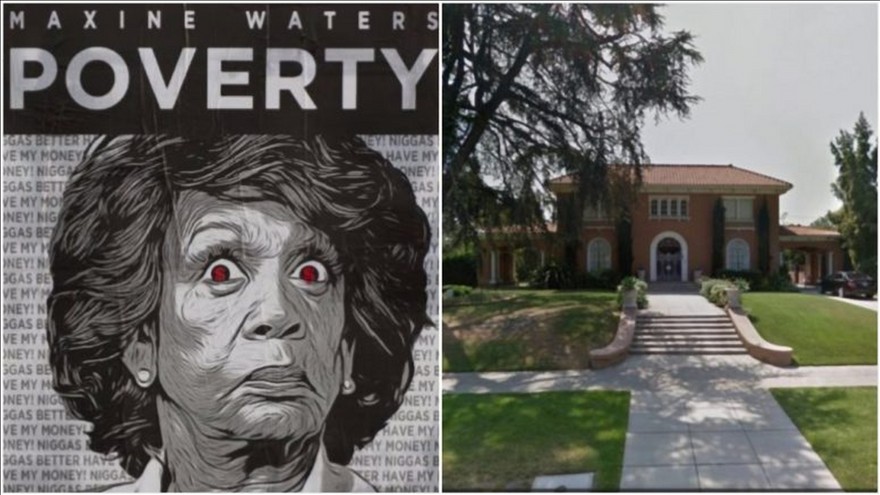 How in the world does mad Marxist Maxine Waters (Commie – CA) afford to live in a $4.3 million mansion in one of the richest parts of Los Angeles on a government salary?

Inquiring minds like Tucker Carlson’s want to know, although you’ll never hear the question asked of her by the mainstream media — the Democrat Media Complex — despite her endless appearances before the media.

During his FOX News program on Wednesday night, Carlson pointed out that Waters recently said that she wanted to take HUD Secretary Ben Carson’s “a** apart” because he knows nothing — in her view — about public housing and that he doesn’t know the difference between an immigrant and a slave.

“Congresswoman Waters is a confirmed expert on the question of housing, especially her own housing,” Carlson said sarcastically. “Consider where she lives, in a 6,000 square-foot, $4.3 million dollar mansion in one of the wealthiest neighborhoods in Los Angeles.”

“How’d she afford a place like that after having spent the last 40 years working in government?” Carlson asked. “We’d hate to speculate. How does she keep getting re-elected despite not living in her own congressional district? No clue there either?”

Carlson further addressed Waters, a progressive leftist Democrat much like Bernie Sanders and Elizabeth Warren who constantly wail against “the rich” and “the one percent” while living a lifestyle of the rich and famous, by pointing out that even though she’s made a killing off of racial identity politics and spreading victimhood, she lives in an area that is only six percent black, while the district she supposedly represents has the second highest percentage of black residents in the entire state of California.

“Or as she might put it herself if she didn’t live there, it’s segregated like 1950’s level segregated.” Carlson sniped. “And as we mentioned, it’s really, really rich. So how did Maxine Waters pull off a housing coup like that? Who knows but it almost qualifies her to be HUD secretary herself,” he snarkily quipped.

One thing we do know. No one lives in a $4.3 million mansion on a congressional salary without a little “help” from her friends. Perhaps there’s a good reason she has been named “One of the Most Corrupt Members of Congress.” It also explains why Waters pretends to be for the poor. She doesn’t want them turning on her.