How Scalia and Ted Cruz Saved the 2nd Amendment 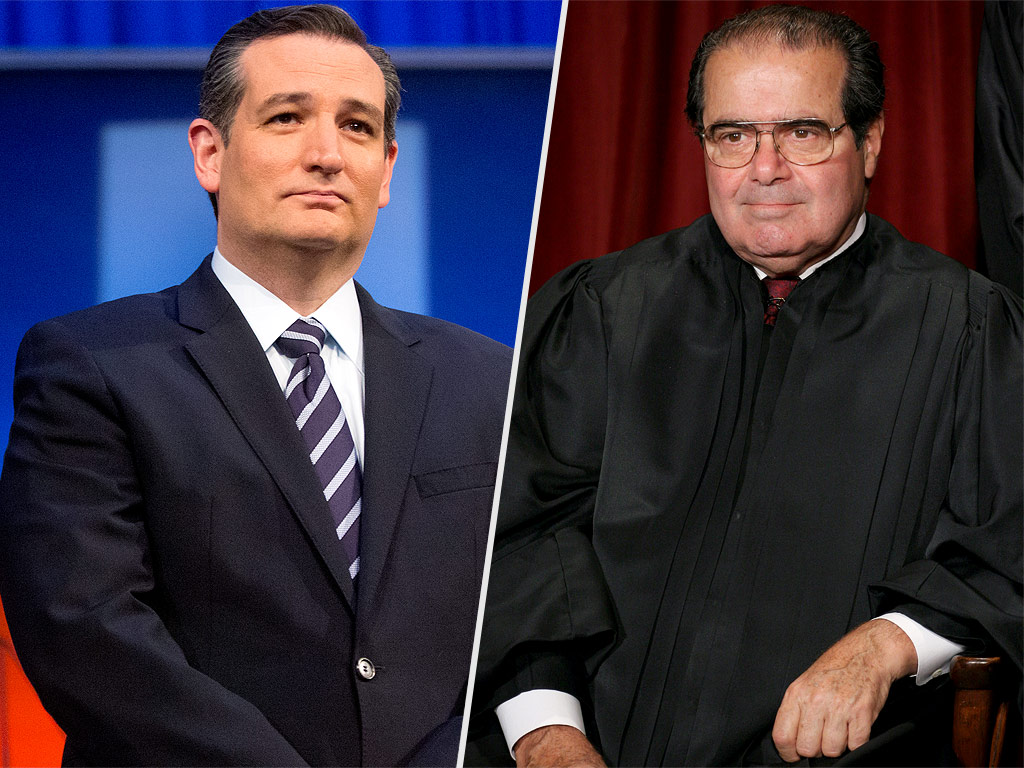 Since the passing of Supreme Court Justice Antonin Scalia, the GOP presidential field has, in a rare show of unity, supported Senate Majority Leader Mitch McConnell’s statement that Scalia’s replacement should be determined by the results of the November election. Democratic hypocrites like Sen. Chuck Schumer accuse the GOP of obstructionism, the memory of their blocking of George W. Bush nominees having faded.

They, while insisting that President Obama has the Constitutional right to nominate a replacement, which he does, forget the Senate’s Constitutional role to advise and consent — or not consent. They can say no — or even “not yet”. Yes, President Obama won election twice, but the voters also gave the Republicans their Senate majority, and if the 2014 election was about anything, it was about stopping the Obama agenda. The GOP Senate majority has been criticized for not keeping their pledge, but this is a chance toi not only stop the Obama gun control agenda but to save the Constitution.

Sen. Ted Cruz has warned that we are only one justice away from having the Second Amendment guaranteeing our right to keep and bear arms written out of the Constitution. He is aware of President Obama’s gun control agenda and that his appointee to the Supreme Court would echo the anti-gun views of President Obama’s pick to be Surgeon General, Dr. Vivek Murthy. Cruz opposed the anti-gun Murthy, telling CNN’s Candy Crowley as Murthy’s  nomination battle was underway:

“Of course we should have a surgeon general in place,” Cruz told Crowley. “And we don’t have one because President Obama, instead of nominating a health professional, he nominated someone who is an anti-gun activist.”

Murthy eventually made it, confirmed in a lame duck session. As Investor’s Business Daily (IBD) noted:

No longer fearing electoral revenge from the National Rifle Association, an outgoing Democratic Senate pushed to confirm an anti-Second Amendment radical, who thinks guns are a health issue, as the nation’s top doc.

A Democratic Senate that earlier balked at the nomination of Dr. Vivek Murthy to be surgeon general of the U.S. no longer feared the possible electoral consequences of approving him in the wake of November’s Republican tsunami.

That, along with the GOP’s obsession to not be blamed for a government shutdown, gave us a bad budget deal and the Democrats a chance to confirm Murthy.

A brief rebellion over immigration led by Sen. Ted Cruz, R-Texas, interrupted the smooth passage of what has been called Cromnibus and led to a weekend session that arguably gave outgoing Senate Majority Leader Harry Reid an opportunity to advance several of President Obama’s nominees toward confirmation, including the once-stalled nomination of Murthy.

Cruz, who opposed Murthy, fears Obama’s SCOTUS pick will be a judicial Murthy clone. Cruz, as attorney general of Texas, has argued many cases before the U.S. Supreme Court, and has appeared before Scalia many times. In a statement on Scalia’s passing, Cruz stated:

“As liberals and conservatives alike would agree, through his powerful and persuasive opinions, Justice Scalia fundamentally changed how courts interpret the Constitution and statutes, returning the focus to the original meaning of the text after decades of judicial activism. And he authored some of the most important decisions ever, including District of Columbia v. Heller, which recognized our fundamental right under the Second Amendment to keep and bear arms. He was an unrelenting defender of religious liberty, free speech, federalism, the constitutional separation of powers, and private property rights. All liberty-loving Americans should be in mourning.

What few people know — and the media won’t remind them — is that Ted Cruz was a prime mover in getting Heller, in which Scalia wrote the majority opinion, before the Court and decided in favor of gun rights, ruling that the right to keep and bear arms was an individual right and that the word “militia”, as the Founders intended, meant the “whole people” of the United States. If Heller had gone the other way, our gun rights would have been thrown on the ash heap of history. In January Cruz told CNN:

Our Second Amendment rights are indeed one SCOTUS pick away from disappearing. The next president should make that pick, not an anti-gun lame duck with an agenda to complete his fundamental transformation of America. Not long ago, the Second Amendment hung in the balance, and we may be thankful that Ted Cruz and Antonin Scalia were there to save it.