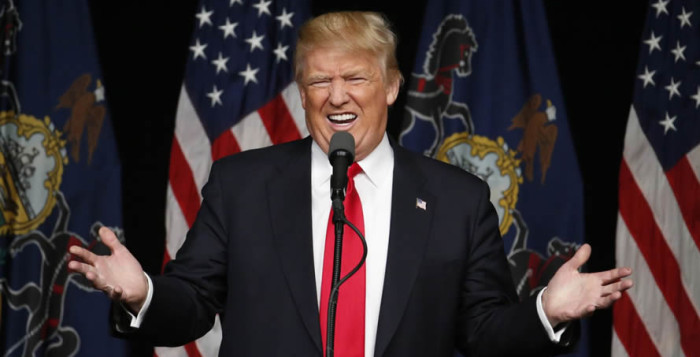 How the Republican Party Bought a Few Tens of Millions of Copies of the Art of the Con.

So a lot of people don’t have much experience with real estate developers. Donald Trump is basically a walking cliche. I’ll explain.

First, remember that at a certain scale, developers aren’t pitching land or location. They’re pitching themselves. What this means is that as far as their mouths are concerned, they always produce fantastic improvement and they always have giant wallets.

Their first job is to get investors to buy into them — their vision, their capability, their magic. They sell themselves first and always. But the next developer who doesn’t hit a snag will be the first.

Trump has hit a lot of snags in his life. So Trump falls back on one of the traditional escape routes: Make this all about the investors and not him. This works more often with sophisticated investors than you’d think, because they are still composed of humans.

So the problem isn’t the project and never the developer, it’s a lack of investment, a stingy attitude, pick your horse-hockey.

“If you won’t back this project enough to get over the ordinary bumps, I’LL DO IT MYSELF.”

Invariably, when you hear that, it means a few things. (1) The project is in danger. (2) There’s no easy way out. (3) The developer is thin. Having represented more than a few developers and banks, I’ve gotten to see this in real time and forensically. It’s a cliche.

Now, the next step — when the investors don’t immediately fall for this garbage — is something showy to prove the dude still can throw. Maybe he puts $1m of his own money (NOTE FACE VALUE; $200M; PERSONAL GUARANTY) down to show he’s not afraid to commit.

The likelihood of that million ever showing up is roughly half.

The point isn’t to cover 1/12 of the shortfall. It’s to convince the investors that the brave developer sees a bright light ahead. Why else would he have invested [$1M/the first tranche of $250K] if not?

This is in itself a surprisingly effective tactic, which is to say, it sometimes works at all.

Rational humans recognize what a sunk cost is. Trump, like most developers, is betting that he’s not dealing with that kind of human. A lot of [bankers/investors/elderly/middle aged marks] will be moved both by the personal investment and sunk costs and double down.

This gives the developer room to do one of three things. (1) Structure for bankruptcy/exit. (2) Turn it around. (3) Keep screwing up. Remember: At this point, his goal isn’t seeing the project to a successful conclusion. That would be great, but it’s not his goal. It’s to stay alive and keep himself viable for the next project. If you step back and look, he’s saying that if you won’t give him money, he’ll give himself money and you won’t be part of him.

That’s the real tell: This isn’t about paying the note or mitigating damage. It’s about him. It’s always about him.

We are at that stage with Donald Trump now.