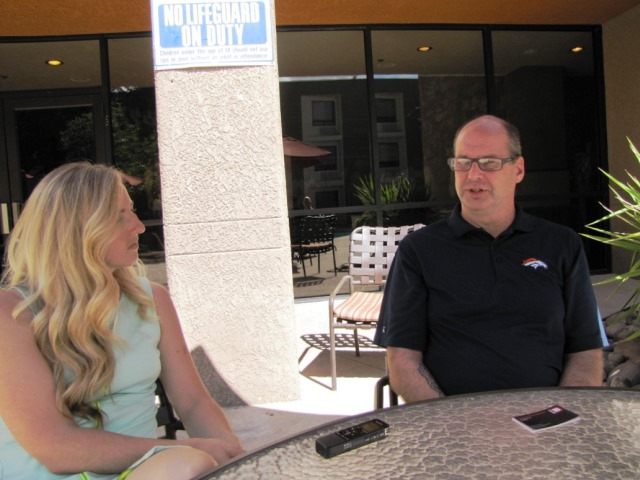 Just a year ago, I lost my son Grant.

He was killed by an illegal-immigrant felon with a violent record, an illegal immigrant whom the federal government had caught and released. My son is gone because of the lawless immigration policies of the Obama Administration—policies that we can trust Ted Cruz to change. Cruz has the courage to do it, and the proven record that he will. 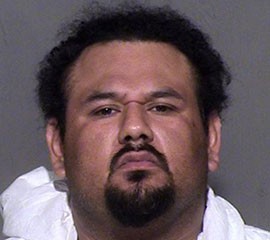 The criminal who murdered my son, Apolinar Altamirano, is a self-proclaimed member of the Mexican Mafia and claims to have ties to the Sinaloa Drug Cartel. He came to this country illegally and was first arrested in August 2012 for brutally kidnapping and sexually assaulting a young woman.

Despite the violence, Altamirano was sentenced to just two years of probation under a plea agreement. He was turned over to the federal government. And under the “priorities” of the Obama Administration, they—unbelievably—released this now-convicted felon into our streets on a $10,000 bond to wait for a deportation hearing, a hearing that never happened. Meanwhile, as he roamed the streets for two years after his release, two orders of protection were filed against him, including one by a woman who said she feared for her life. The federal government apparently knew about the protection orders, yet they let Altamirano remain free.

Because the Obama Administration was willing to ignore all of this, Altamirano was free to murder my son.

This lawlessness is not an exception—it’s the Obama rule. In 2013, the Obama Administration caught and released over 104,000 criminal illegal aliens. One-hundred-four thousand criminals who had come here illegally; had committed additional crimes, including murder and rape; had been in government custody; and then had been released. A single one caused the death of my son. I shudder to think what pain and harm thousands more such criminal have brought, and will bring, to other American families.

My son Grant was 21 years old. He worked at a Mesa convenience store called QuikTrip. Just before 4:00 a.m. on January 22, 2015, Altamirano walked in, spilled change on the counter and demanded a pack of cigarettes. As Grant began counting the money, the man put a gun to his head shouting, “You’re not gonna take my money,” and “You’re not gonna give me my cigarettes.” Grant quickly handed over the cigarettes, but this hate-filled criminal shot him anyway, killing him point blank.

Grant was not only my son. He was a brother, a nephew, a grandson. His smile brought joy to everyone he met. He loved exploring the desert near our home on his 4-wheeler, and cheering on the Denver Broncos during football season.

Grant would have turned 23 this March. But he will never celebrate another birthday—because of an evil murderer who was let loose by a complicit federal government. The federal government could have saved my son by simply enforcing the law; instead, it let a criminal illegal alien who had been convicted of a felony go free to wait for a deportation hearing that never came.

Even worse: the catch-and-release directive came to the U.S. Immigration and Customs Enforcement (ICE) from our Commander in Chief. A Commander in Chief who seems to put the comfort of criminals over the lives and safety of our children.

This election season, we’re being promised a lot of things by a lot of candidates.

The most important question for fathers like me—for every parent who cares about the safety of our children—is who will keep his word? Who has the record, and the courage, and the political will to finally secure the border, end catch-and-release policies, and stop illegal immigration?

Ted Cruz is the only candidate whose actions match his words, who has a record to prove that he will secure the border, deport criminal illegal aliens, and end illegal immigration.

Donald Trump talks a good game, but talk is cheap. Donald Trump employs illegal immigrants. What’s more, his vow to deport lots of people is just another plan for “touchback” citizenship, where illegal aliens are sent home but can then turn right around, hop back into the country, and become a citizen. That’s not real deportation—it seems more like the practices that led to a five-time felon deportee being allowed to murder another one of our children, Kate Steinle. Kate was killed on the San Francisco pier just a few months after Grant’s death.

Marco Rubio had his chance to secure the border. When he ran for the Senate, he promised his constituents in Florida that he would do it—the way he’s promising the same to the American people now. But when he had his chance, he joined Obama and the Democrats in siding with illegal immigrants. He didn’t propose to secure the border first, to stop catch-and-release, or to end sanctuary cities. That’s no surprise, given that he has supported amnesty as far back as 1998. He’s repeatedly broken his promise to Americans; we cannot and should not trust him to keep us safe.

Ted Cruz introduced Kate’s law to ensure that criminals like the one who killed my son are locked up and, once deported, can never come back to the United States. He also sponsored legislation to end sanctuary cities and stop catch-and-release policies. Most recently, Ted Cruz and Jeff Sessions introduced legislation to make sure that ICE officials have the funding they need to enforce the law and protect us from illegal immigration. Since 2013, when he defeated the Obama-Rubio-Schumer Gang of Eight bill, Cruz has been fighting to secure the border, and he is the only one with a detailed immigration plan that tells us exactly what he’ll do as President.

So we know what Ted Cruz will do when he gets in the White House: he will enforce the law, secure the border, and keep violent illegal-immigrant criminals away from our sons and daughters. He will do what the Obama Administration has refused to do, and what no other candidate has proven willing to do: prioritize the safety of Americans above the comfort of illegal immigrants.

I cannot bring my son back, but I can support Ted Cruz for President so that no parent has to go through the grief that my family and I now endure. So that our suffering will not be in vain. We will do our part to nominate a candidate who will restore the rule of law and protect our safety and security.