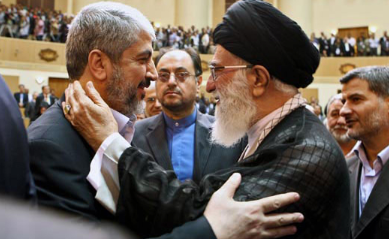 So now Netanyahu and the Israeli government are just “accepting” that Iran is at their border and doing nothing about it while Iran builds nuclear bombs.

IDF Chief of Staff Gadi Eizenkot on Monday briefed the members of the Political-Security Cabinet on the situation in Syria: the danger posed by the Iranian presence in post-civil war Syria and the meaning of the agreement signed earlier this month between the United States, Russia and Jordan, Israel’s Channel 1 TV reported.

The defense establishment claims the distance of pro-Iranians forces from Israel’s border (as short as 3 miles) set in the agreement does not matter as much as the agreement’s regional implications, most crucially the level of American involvement in the Middle East.

Here’s an idea… Netanyahu should protect Israel and should have bombed Iran’s nuclear facilities years ago. No no… they have to learn to “accept” Iran on their border to appease all the countries that kiss the tuchus of Muslim terrorists.

“Maybe the U.S. will save us” or is a pathetic excuse for putting your people in mortal danger.