Iran Test-Fires Missiles Marked ‘Israel Must Be Wiped Out’ 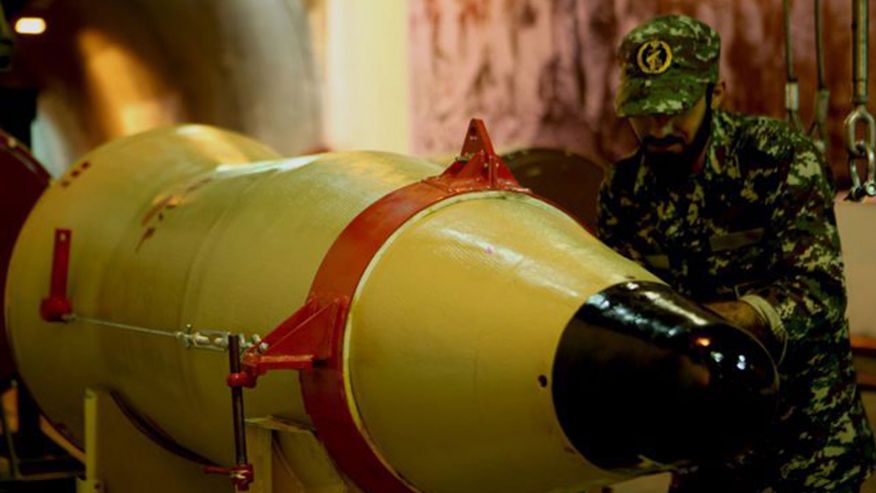 “The 1,240-mile range of our missiles is to confront the Zionist regime.”

While Vice President Joe Biden was visiting Israel, Iran reportedly test-fired two missiles with the phrase “Israel must be wiped out” written in Hebrew.

Such phrases have been emblazoned on missiles fired before by Iran, but this test comes as the country recently signed a nuclear deal with world powers, including America, and conducted another test the day before. Hard-liners in Iran’s military have fired rockets and missiles despite U.S. objections since the deal, as well as shown underground missile bases on state television.

There was no immediate reaction from Jerusalem.

The semiofficial Fars news agency offered pictures Wednesday it said were of the Qadr H missiles being fired. It said they were fired in Iran’s eastern Alborz mountain range to hit a target some 870 miles away off Iran’s coast into the Sea of Oman. The U.S. Navy’s 5th Fleet, which patrols that region, declined to comment on the test.

Fars quoted Amir Ali Hajizadeh, the head of Iran’s Revolutionary Guard’s aerospace division, saying the test was aimed at showing Israel that Iran could hit it.

“The 1,240-mile range of our missiles is to confront the Zionist regime,” Hajizadeh said. “Israel is surrounded by Islamic countries and it will not last long in a war. It will collapse even before being hit by these missiles.”

Hajizadeh said that Iran would not start a war with Israel:

“We will not be the ones who start a war, but we will not be taken by surprise, so we put our facilities somewhere that our enemies cannot destroy them so that we could continue long war.”