Iran to get $50 BILLION signing bonus for bogus agreement 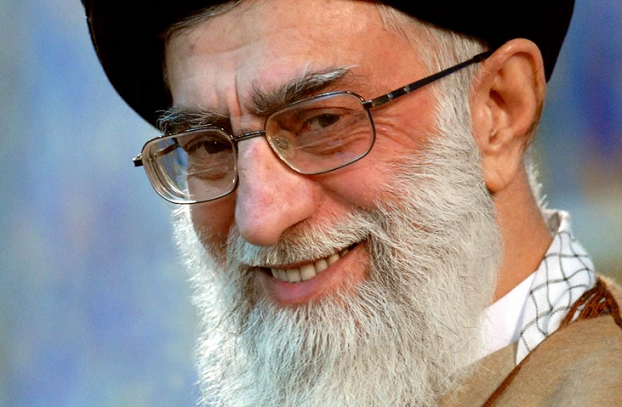 The Iran nuclear deal simply gets worse by the day.

Via the Wall Street Journal

“Our main concern here is making sure that if Iran doesn’t abide by its agreement that we don’t have to jump through a whole bunch of hoops in order to reinstate sanctions,” the president said at a news conference. “It will require some creative negotiations,” Mr. Obama said, adding, “I’m confident it will be successful.”

Such solutions could potentially include a faster timetable for lifting sanctions and also freeing up tens of billions of dollars in Iranian oil revenue that has been frozen, though Mr. Obama made no reference to that money.
…
The Obama administration estimates Iran has between $100 billion and $140 billion of its oil revenue frozen in offshore accounts as a result of sanctions. U.S. officials said they expect Tehran to gain access to these funds in phases as part of a final deal. Iran could receive somewhere between $30 billion and $50 billion upon signing the agreement, said congressional officials briefed by the administration.

That is correct. Without lifting a finger, as soon as Iran signs a deal — a deal with they are interpreting much differently than our own national security nimrods — they get access to frozen assets. What could possibly go wrong.

Perhaps what we’re seeing is the rather gawky, frustrated athlete Obama fancying himself a major league owner paying a top prospect to sign a contract. Perhaps we’re seeing corn-pone-Machiavellian Obama convinced that giving Iran a nuke and $50 billion will make it a Stalinist paradise (I would say Jeffersonian but there is no evidence that Obama is big on democracy of any kind) and a firm US ally. Perhaps we’re seeing a cowardly goober Obama trying to kick this problem into the next administration. Whatever the genesis, the outcome will be the same Iran gets a $50 billion payment for doing nothing… they don’t even have to renounce terrorism.

Iran is stonewalling IAEA on verification

Talks over Iran’s nuclear program have hit a stumbling block a week before a key deadline because Tehran has failed to cooperate with a United Nations probe into whether it tried to build atomic weapons in the past, say people close to the negotiations.

Under the new plan, Tehran wouldn’t be expected to immediately clarify all the outstanding questions raised by the IAEA in a 2011 report on Iran’s alleged secretive work. A full reckoning of Iran’s past activities would be demanded in later years as part of a nuclear deal that is expected to last at least 15 years.

The administration’s original position was pretty straight forward– “we will do whatever the IAEA requires for verification” is how Under Secretary of State for Political Affairs Wendy Sherman described it to the Senate Foreign Relations Committee.

Since that time, most of the Iranian national security apparatus has disagreed, the Defense Minister

Iran’s Defense Minister Brigadier General Hossein Dehqan categorically rejected as a “lie” a Guardian report alleging that Tehran has granted access to its military facilities under the recent framework agreement with the world powers.

“No such agreement has been made; principally speaking, visit to military centers is among our redlines and no such visit will be accepted,” Gen. Dehqan stressed on Wednesday, rejecting “the report by foreign media outlets, such as the Guardian” as “untruthful allegations”.

and the Revolutionary Guard.

International nuclear inspectors will be barred from all Iranian military sites under any deal with world powers, a senior commander in the Revolutionary Guard said Sunday, setting up a possible standoff as negotiators try to reach a final deal.

Now the Administration’s position has shifted to “supine, butt raised, and highly lubricious.” Via the White House transcript of the April 10 press gaggle:

On the military sites, similarly, clearly there will have to be the ability for the IAEA to conduct inspections that are consistent with what’s in the framework, which includes resolving past issues of concern with the IAEA related to possible military dimensions of Iran’s program, as well as Iran joining the additional protocol and having the ability of the IAEA to inspect suspicious sites, no matter where they are, if the United States and other countries, again, present information and seek access through the IAEA to those sites.

As we saw during the inspections of Iraq which determined that Iraq had no chemical weapons despite them injuring dozens of US soldiers and hundreds of such munitions being captured by US forces, the IAEA is a creature of the UN and its bureaucracy. The Security Council has bought into the necessity for an agreement and the IAEA can be counted on to provide cover. But we are also seeing the Administration signal that inspections will be dependent upon access being requested not as part of a regular monitoring regime. Even organizations that are generally in favor of negotiations, like the nuclear non-proliferation organization Institute for Science and International Security, are beginning to scratch their heads and feel there nether regions tensing at what is happening. For instance:

ISIS Note: Why Access to Iranian Military Sites Matters in a LongTerm Deal

By Christopher Coughlin
April 13, 2015
We have heard many assertions by Iranian officials since the P5+1/Iran framework was reached that International Atomic Energy Agency (IAEA) inspectors will not be allowed into military sites
in Iran. The blanket assertion seems to suggest that this could be the case even when the IAEA has evidence of undeclared nuclear activities at these sites. Some Iranian officials have even
asserted that no country would ever let inspectors into their military sites. But what kind of agreement would that be? What better place to hide a covert centrifuge plant or a plant to
develop the nuclear weapon itself?

Iran has been caught building secret nuclear sites on military bases. That is indeed what Iran did with the deeply buried Fordow centrifuge site that it started building in secret in the mid-
2000s. Former Director of the U.S. Defense Intelligence Agency Ronald Burgess, in a prepared statement for a Senate Committee on Armed Services hearing in April 2010, described the “construction of the secret enrichment facility located on an IRGC [Iran Revolutionary Guard Corps] military base near Qom that was revealed in the fall 2009.” When the IRGC and Supreme Leader state that inspectors under a long-term deal will not have access to military sites, we should all think of Fordow.

If Iran is allowed to create such an exception in a long term deal, next time it may just deny access to a site the IAEA thinks is involved in secret work related to making nuclear weapons. It
is currently doing that with the Parchin military site, which the IAEA has linked to past work related to nuclear weapons development. Iran would like to keep the IAEA out of Parchin.

In fact, the real question is: Why would anyone be as foolish as to sign a deal that would exclude inspectors from accessing any military site in Iran if the IAEA had evidence of cheating
on the nuclear accord?

Why indeed are we paying Iran money and allowing them to develop a nuke?