Iranian Commander on Muslim Mecca Stampede: “The Jews Did It” 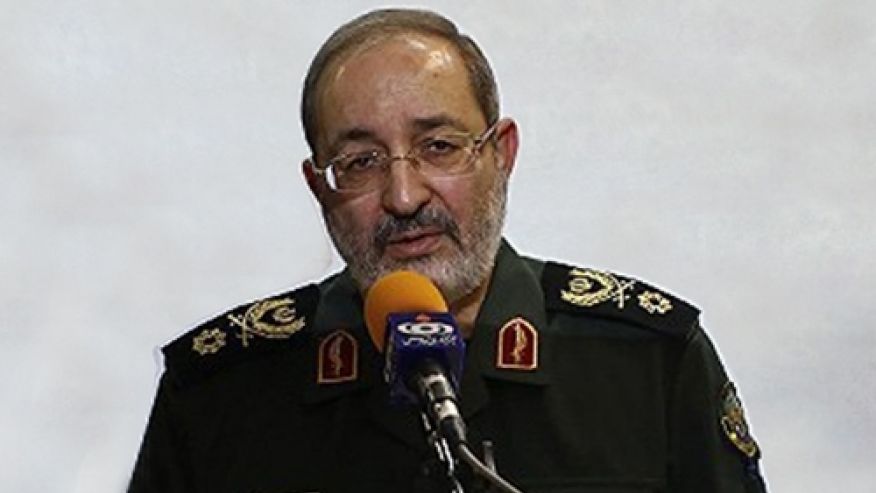 “A deliberate crime” on the part of the Saudis and the “usurper Zionist regime.”

Deputy Chief of Staff of the Iranian Armed Forces Brigadier General Massoud Jazzayeri said that last week’s stampede near Mecca [where Muslims killed over 1,100 of their own Muslims] may have been a “deliberate crime” on the part of the Saudis and the Israelis, reports the Fars News Agency [FNA].

On Monday Jazzayeri told the FNA that

“Given the usurper Zionist regime’s infiltration and influence on the al-Saud, there is a growing possibility that the crane crash incident at the Grand Mosque [which killed over 100 and injured hundreds more two weeks ago] and the death of thousands of people in Mina were the result of deliberate crime.

“Given the eyewitness accounts and the increasing possibility that the two painful and regrettable incidents at the Grand Mosque and Mina have been the result of intentional action, fact-finding groups from all Muslim states have the responsibility to decrypt this al-Saud crime.”

He also claimed that making the Grand Mosque in Mecca unsafe and insecure is a major policy of the US and Israel.

The stampede occurred during the ritual known as “stoning the devil” in the tent city of Mina, about two miles from Mecca. At least 169 Iranians died in the incident which claimed 1,100 lives [according to Fox News; the FNA’s tally is 2,000].

Iranian President Rouhani reiterated that the Iranian Foreign Ministry and the Iranian Ambassador to Riyadh must investigate the incident and take all the necessary steps to help the victims. He too had a message for the Saudis: “I ask the Saudi government to fulfill its legal and Islamic duties concerning this issue while shouldering the responsibility.”

Mohammad Reza Mohseni Sani, a member of the Iranian Parliament’s National Security and Foreign Policy Commission, too publicly blamed Saudi officials for the disaster, as did Saeed Ohadi, the head of Iran’s Hajj organization, who accused Saudi Arabia of safety errors and mismanagement.

According to the FNA, Arab papers reported that the convoy of Saudi Arabia’s Deputy Crown Prince and Defense Minister Mohammad bin Salman Al Saud caused panic among millions of pilgrims and started the stampede:

“The large convoy of Mohammad bin Salman Al Saud, the King’s son and deputy crown prince, that was escorted by over 350 security forces, including 200 army men and 150 policemen, sped up the road to go through the pilgrims that were moving towards the site of the ‘Stoning the Devil’ ritual, causing panic among millions of pilgrims who were on the move from the opposite direction and caused the stampede.”

Eyewitness accounts said that even after the incident, Saudi security and military forces closed all paths leading to the scene, making the relief and rescue operations and trafficking of ambulances very difficult. Head of the Iranian pilgrims Qazai Askar complained that the Saudi officials do not allow other countries’ relief and rescue squads to help. “They have even prevented us from aiding our own pilgrims,” he complained. Hospitals were overwhelmed by the the large number of wounded.

Twelve hours later, hundreds of bodies of pilgrims piled up on each other in the streets.