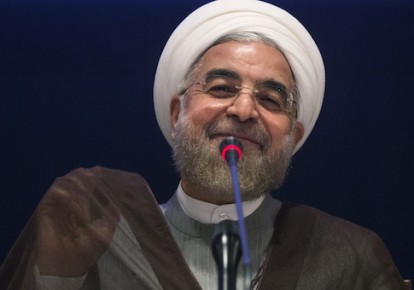 Frontpage Magazine has published a bombshell report that has been met with total silence by the media.  Daniel Greenfield’s piece is entitled “Traitor Senators Took Money from Iran Lobby, Back Iran Nukes.”

Our politicians bought by Iran include not just a list of senators and congressmen about to vote on the Iran deal.  Recipients of Iran’s largess for their campaigns include President Obama, Joe Biden, John Kerry, and Hillary Clinton.

Both of Obama’s secretaries of state were involved in Iran Lobby cash controversies, as was his vice president and his former secretary of defense. Obama was also the beneficiary of sizable donations from the Iran Lobby.

Iranian-American activists against the mullahs’ regime in Iran correctly described IAPAC as a “lobby group for a terrorist regime.”

Hillary Clinton hired one of the founders and trustees of the Iran Lobby (IAPAC), an unsavory fellow named Hassan Namazee, as her national campaign finance director in her first run for president.

President Obama himself accepted $50,000 from one of the Iran Lobby founders.

From the Frontpage article:

Namazee was Hillary’s national campaign finance director who had raised a fortune for both her and Kerry before pleading guilty to a fraud scheme encompassing hundreds of millions of dollars. Namazee had been an IAPAC trustee and had helped set up the organization.

Bill Clinton had nominated Hassan Nemazee as the US ambassador to Argentina when he had only been a citizen for two years.  A spoilsport Senate didn’t allow Clinton to make a member of the Iran Lobby into a US ambassador, but Nemazee remained a steady presence on the Dem fundraising circuit.

Nemazee had donated to Gillibrand and had also kicked in money to help the Franken Recount Fund scour all the cemeteries for freshly dead votes, as well as to Barbara Boxer, who also came out for the Iran nuke deal. Boxer had also received money more directly from IAPAC.

The article goes on to list other senators and congressmen who have come out in support of our new policy of handing Iran a $120 billion to spend on terrorism (40 times our military aid to Israel or Egypt), letting Iran go nuclear, and setting Iran up as the hegemon of the Middle East.  They have all been lavished with money from IAPAC for their campaigns.

Point of interest: the Israel Lobby, AIPAC, does not make direct campaign contributions.

Some on Greenfield’s list of traitors are no surprise.  Senator Markey got the maximum campaign contribution from the Iranians and has announced his support for the Iran deal.  So did Al Franken.  Senator Jeanne Shaheen did it for half price.

Then there are the surprises:

The Iran Lobby had even tried, and failed, to turn Arizona Republican Jeff Flake…and invested a good deal of time and money into Schumer, but that effort also failed….

Still these donations were only the tip of the Iran Lobby iceberg.

Gillibrand had also picked up money from the Iran Lobby’s Hassan Nemazee.

But the Iran Lobby’s biggest wins … when two of their biggest politicians, Joe Biden and John Kerry, had moved into prime positions in the administration. Not only IAPAC, but key Iran Lobby figures had been major donors to both men.

That list includes Housang Amirahmadi, the founder of the American Iranian Council, who had spoken of a campaign to “conquer Obama’s heart and mind” and had described himself as “the Iranian lobby in the United States.” It includes the Iranian Muslim Association of North America (IMAN) board members who had fundraised for Biden. And it includes the aforementioned Hassan Nemazee.

A member of Iran’s opposition had accused Biden’s campaigns of being “financed by Islamic charities of the Iranian regime based in California and by the Silicon Iran network.” Biden’s affinity for the terrorist regime in Tehran was so extreme that after 9/11 he had suggested, “Seems to me this would be a good time to send, no strings attached, a check for $200 million to Iran”.

… Questions about donations from the Iran Lobby had haunted Kerry’s campaign. Back then Kerry had been accused of supporting an agreement favorable to Iran. The parameters of that controversial proposal however were less generous than the one that Obama and Kerry are trying to sell now.

This is a little-known story from Kerry’s presidential bid.

Insight Magazine reporter and author Kenneth Timmerman charged that the Kerry campaign had violated the law by taking contributions from Susan Akbarpour, a pro-regime fund-raised who was neither a citizen nor possessed a green card at that time.

During a presidential debate, Democrat candidate Kerry suggested that the U.S. should provide nuclear fuel to Iran.

Greenfield calls the Iran deal by its real name: treason.

Obama and his allies, Iranian and domestic, have accused opponents of his dirty Iran deal of making “common cause” with that same terror regime and of treason. The ugly truth is that he and his political accomplices were the traitors all along.

Democrats in favor of a deal … have broken their oath by taking bribes from a regime whose leaders chant, “Death to America”. …

This deal has come down from Iran Lobby influenced politicians like Kerry and is being waved through by members of Congress who have taken money from the Iran Lobby. That is treason plain and simple.