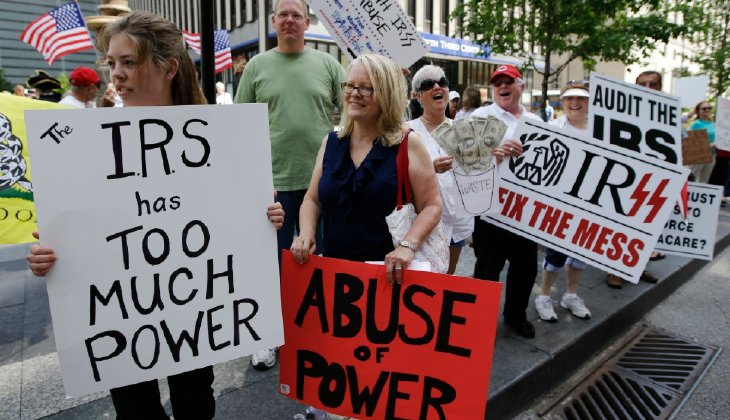 The IRS is not notifying taxpayers when their Social Security numbers are stolen, the agency’s inspector general said Tuesday, confirming an April admission from the agency’s top official.

“The IRS has not established an effective process to ensure that the required notice is sent to the Social Security Administration to alert it of earnings not associated with a victim of employment-related identity theft,” the Treasury Inspector General for Tax Administration stated in its report. The issue affected 1.1 million victims of employment-related identity theft between February 2011 and December 2015.

IRS Commissioner John Koskinen first admitted to the issue during an April hearing of the Senate Finance Committee, nonchalantly telling senators the agency hoped illegal immigrants would engage in the practice if it meant they would pay taxes on income earned in the United States. “They are undocumented aliens … They’re paying taxes. It’s in everybody’s interest to have them pay the taxes they owe,” Koskinen said.

Both Koskinen and OIG explained that illegal aliens could use fraudulent Social Security numbers in order to obtain jobs, but that they only needed to use taxpayer identification numbers to file their taxes. When the two numbers don’t match in the system, the IRS simply takes the money and doesn’t ask questions.

The issue can also cause a discrepancy in income reported by the rightful holder of a Social Security number. Of 71 randomly selected cases involving identity theft, TIGTA found the Social Security Administration hadn’t received any notifications about the issue from the IRS on 15 of the cases, or 21 percent.

“The lack of a formal process to ensure that the SSA is notified of income not associated with an innocent taxpayer is problematic because this notification is essential to ensure that victims’ Social Security benefits are not affected,” authors of the report said.

The IRS had no immediate comment. Responding to a question during another April hearing from Virginia Republican Rep. Dave Brat, Koskinen insisted the responsibility for dealing with the problem resided outside the IRS.

“Our job is to make sure people pay the taxes they owe from the earnings they’ve had,” Koskinen said. “To the extent that they’re here under circumstances that don’t meet the immigration laws or don’t correspond with the Social Security Administration, it’s really [other] agencies’ job to pursue that.”