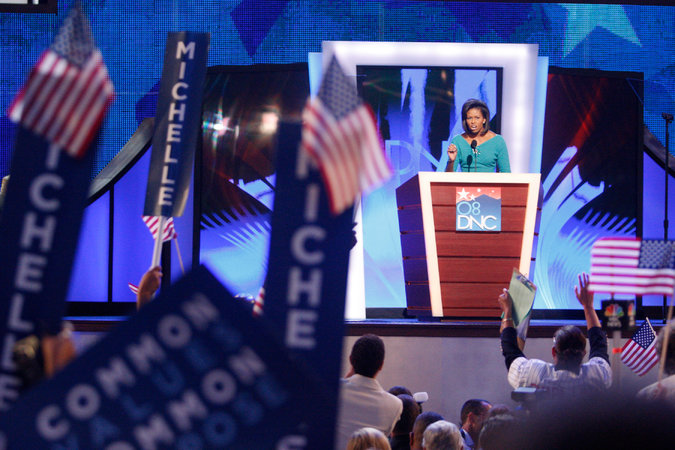 The real story from day one at the Democratic National Convention is that in sixty-one speeches never once did these so-called “liberals” mention terrorism.

The next morning, in fact almost simultaneously, if you take into account the the time zones, an 84-year-old priest in Rouen was having his throat cut by ISIS maniacs during morning mass. The Islamic terrorists had him kneel, filming his death as they did their evil work. Nuns were held hostage.

Horrifying as it is, it wasn’t really surprising. Such happenings have been going on with increased regularity in Germany and France (not to mention Orlando).

Yet the Democrats chose to ignore. Why?

The answer is simple: It doesn’t play well for them. They’re scared it plays better for the Republicans and Donald Trump. So they don’t mention it.

Also, it doesn’t fit with their morally narcissistic narrative that all religions are equal.

Talk about morally sick — that idea is truly that. In fact, it’s absurd. It is also cowardly.

Obama’s — and now Hillary’s — Democratic Party does their best to look the other way and pretend it’s not there. Obama is so deranged himself he continues to downplay terrorism and say climate change is the real problem. When you think about that objectively, it sounds almost insane, yet the press swallows it. Yesterday, John Kerry said air conditioning was the problem.

The idea that more refugees from Syria are being allowed into this country by Obama and Hillary boggles the mind. Do these politicians want to kill us and our families? Don’t they have children themselves? Oh, yes, they have security personnel of their own. But 99.9% of their constituents don’t.