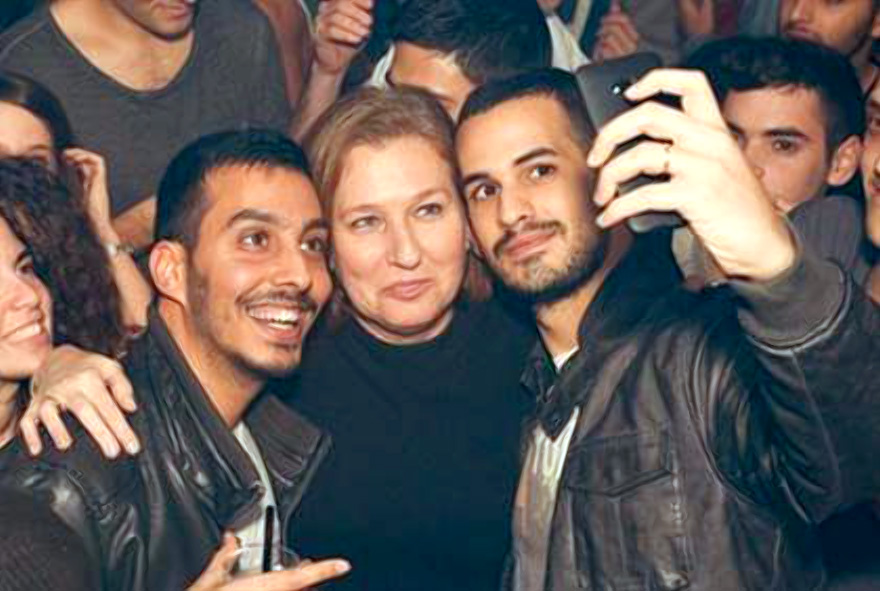 Livni, set to be prime minister in rotation with Herzog if Labor wins, visits a gay club and promises same-sex “marriage”.

Tzipi Livni, head of Hatnua and possible prime minister of Israel if her “Zionist camp” union with Labor wins in elections, after which there would be a rotation between her and Labor head Yitzhak Herzog, made a campaign promise on Saturday of same-sex marriage.

Livni was at a “Dreck” party at the Oman 17 club in Tel Aviv on Saturday night, where she was dancing with gay couples before taking the stage and the microphone.

“Good evening Dreck. There’s a chance that on March 20 (after elections – ed.) we’ll come to celebrate the end of the period of darkness, racism and discrimination and we’ll start a period of light, love and equality,” she claimed.

“Yallah get ’em up!” she shouted as the DJ took over and put on music. Video from the event can be seen below.

As early as November 2013 Livni started legislature pushing for same-sex marriage in a Civil Marriage bill that never passed in the outgoing coalition.

Earlier this month Livni spoke at a convention for gays and lesbians in Tel Aviv and said the “veto on matters of religion and state that was given to the Jewish Home” prevented passage of the same-sex marriage law, promising “we will promote (the law) in the next government.”

Jewish Home has recently received attention over a video of its candidates opposing gay marriage, with party head Naftali Bennett saying of gay rights “what did we do in the last Knesset? We were pragmatic. We said – no to formal recognition, yes to rights.”

The comment refers to a law giving same-sex couples equal tax breaks which Bennett voted for even as his fellow party members abstained, letting it pass.

The vote followed a compromise by Jewish Home giving same-sex couples equal benefits but not through official recognition in the legislation, sparing Jewish Home from being perceived as officially condoning same-sex marriage.