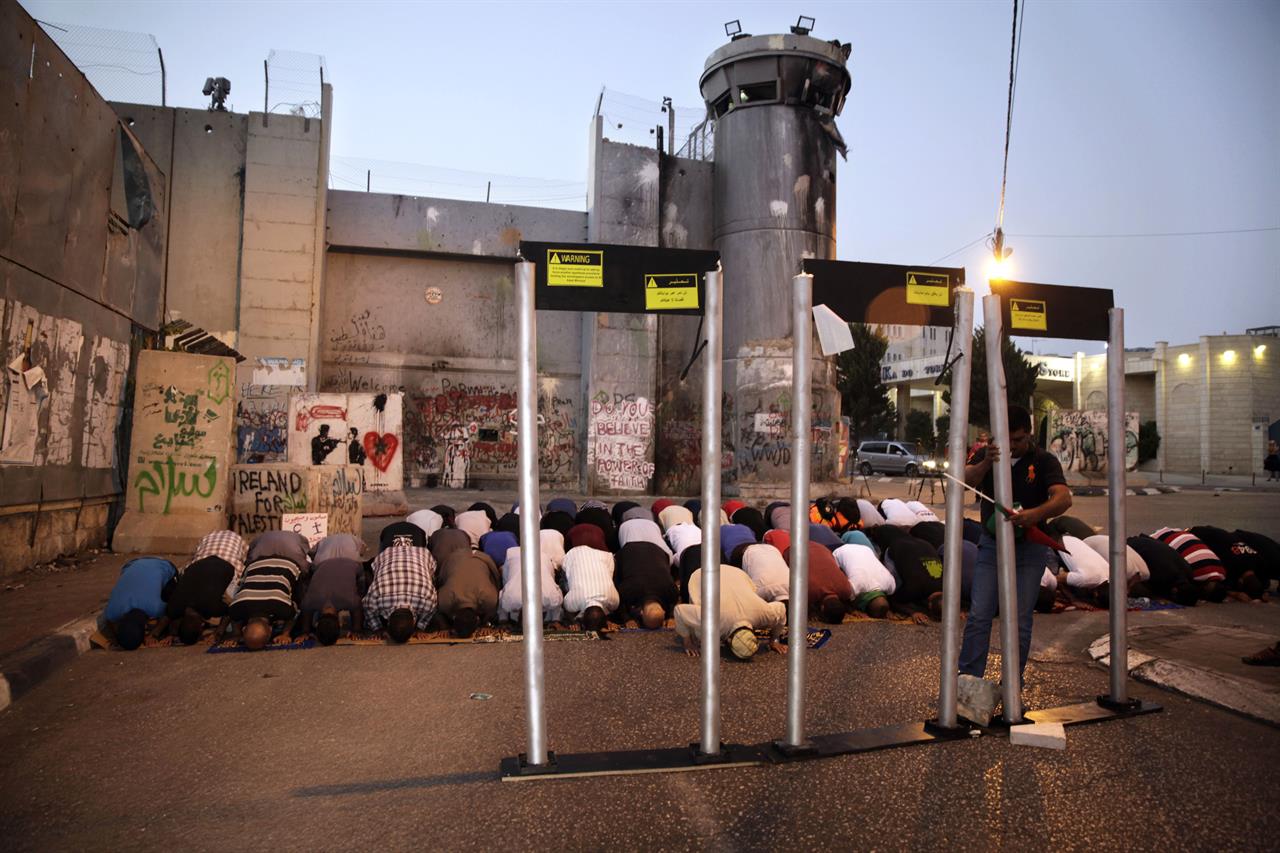 Muslims in Jordan protesting the metal detectors in Israel on the Temple Mount to prevent jihadist terrorist attacks.

An Israeli Embassy guard in Amman, Jordan, killed his 17-year-old [Muslim terrorist attacker] after being stabbed in the chest with a screwdriver.

The attacker reportedly entered the home of an embassy official on Sunday evening to replace the furniture when he saw the security guard and stabbed him. The guard then pulled out his firearm and shot the attacker in the chest.

Reports said the owner of the residential building used by the embassy was hit with a stray bullet and killed.

Jordanian police are demanding to question the guard, while relatives of the stabber are calling for the death penalty.

The Israeli Embassy has refused to release the guard to the Jordanians for questioning, saying he has immunity. Jordan, meanwhile, refuses to allow the guard to leave the country.

The Israeli diplomatic team remains confined to the embassy compound, despite plans to evacuate the embassy staff and return them to Israel, Haaretz reported.

The Foreign Ministry told the Israeli media that it considers the incident to be a terror attack and related to the current Temple Mount crisis.

The father of the teen assailant reportedly told a Jordanian television station that he does not believe his son intended to attack an Israeli. However, he also said, “I consider my son to be a martyr for Allah.”

Thousands of Jordanians demonstrated against Israel in Amman on Friday over the installation of metal detectors at the Temple Mount. Among the chants heard at the demonstration was “How beautiful it is to kill soldiers in Jerusalem,” Ynet reported.  The Jordan-based Islamic Waqf is the administrator of the Temple Mount.