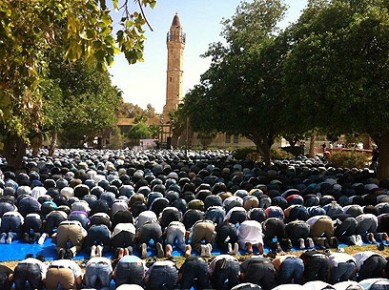 [Jewish Press] – The population of Israel two days before the end of the calendar year stands at 8.3 million, 170,000 more than at the end of last year, according to the Central Bureau of Statistics.

The 6.2 million Jews in the country make up 74.9 percent of the total, and the 1.7 million Arabs comprise 20.4 percent of the population. Christians, other religions and those not identifying with a religion comprise 4.3 percent of the census.

The figures include all of Jerusalem but not Judea and Samaria.

The number of Christians, non-Jews and non-Muslims rose 0.3 percent while Jews and Muslims both registered marginal decreases in terms of the percentage of the population.