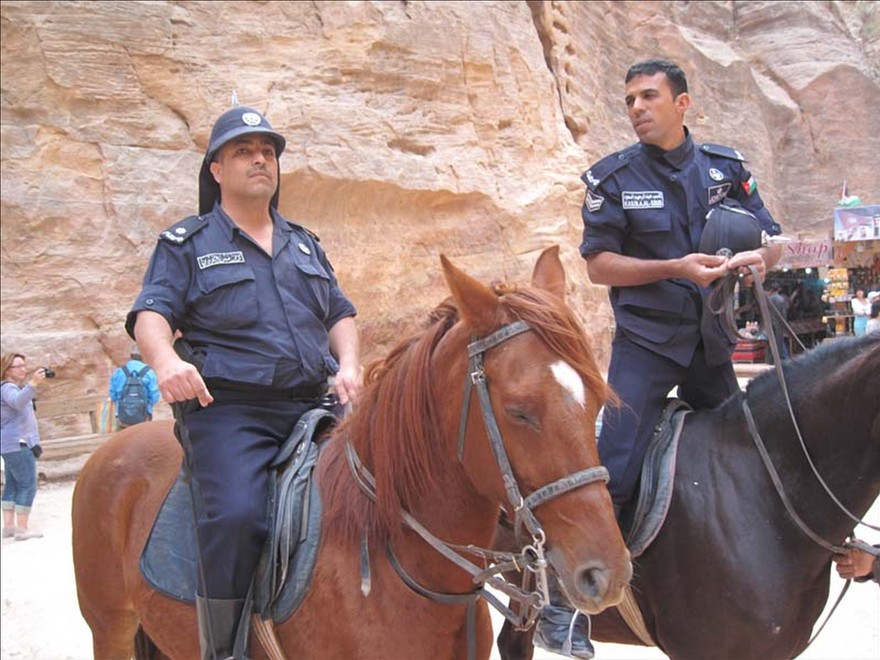 Rabbi Menashe Zelicha, the rabbi of the Pardes Katz neighborhood of Bnei Brak, and fellow Haredi tourists who are in Jordan on the occasion of the yahrzeit of Aharon HaKohen Monday, Rosh Chodesh Av, found themselves at the center of a very tense and hostile situation following Sunday’s attack in the Israeli embassy compound. Speaking to religious station Radio Kol Chai, Rabbi Zelicha reported severe harassment of Jews in Jordan.

According to Rabbi Zelicha, Jordanian policemen have told them that “in all of Jordan it is forbidden for Jews to pray.”

“We are not allowed to pray in the morning, no tefillin, no talitot, nothing – we must not pray, even in the hotel, even inside our room.”

Rabbi Zelicha went on to say that “policemen came into the hotel and were shouting and went wild, saying that in a minute they would take us out of Jordan if we made even a tiny squeak. They told us, ‘Whoever prays will be taken to jail.’”

“They brought in a special police force, not the regular policemen, and they have the authority to arrest a person on the spot,” the rabbi related. “Anyone they see praying, they will arrest him.”

Rabbi Zelicha noted that his group is discussing among themselves how to go about the morning prayers.

“Suddenly, after they realized that we were a group from Jerusalem, we understood from the instructors that the story of the Temple Mount had caused them to turn on us, and suddenly they decided that they wanted to re-examine all our suitcases.

“After we had gone through an x-ray detector (how ironic) and everything was fine, we were moved another time. They began checking the suitcase and checking everything. They refused to let us bring in books. They removed the talitot, the tefillin, the removed one person’s tzitzis.”

“One guy had on him a driving written test booklet, they took it. They took people’s skullcaps. People were left with only their shirt and trousers.”

“I and a few others who saw what was happening,” Rabbi Zelicha said, “We managed to hide the phylacteries in the side of a suitcase without them noticing. We felt like the people who were in the Holocaust. Thank G-d my phylacteries and my prayer shawl made it through.”