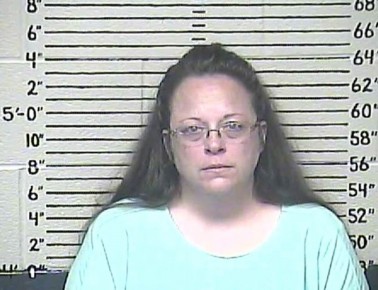 U.S. District Court Judge David Bunning, who jailed Kentucky clerk Kim Davis for refusing to obey an order to issue same-sex marriage licenses through her office, once ordered Kentucky students to be “re-educated” about homosexuality.

The American Civil Liberties Union, which filed a lawsuit against the Rowan County clerk, in 2003 sued the Boyd County Board of Education to allow a “gay-straight” alliance club to be allowed to meet at a local high school, despite objections from parents, reports ChristianNews.net.

At first, court records show, the board suspended all student group meetings, but Bible and drama clubs met during the ban, so students with the gay-straight group contacted the ACLU, and Bunning eventually ordered the school board to allow the group to meet and be granted the same privileges other groups enjoyed.

In addition, Bunning ordered school staff and students to undergo diversity education, including on “issues of sexual orientation and gender harassment.”

Students, though, objected to watching a video that said it is wrong to oppose homosexuality and that a person’s sexuality can’t be change, but discovered that they could not refuse without penalty, so they contacted the Alliance Defending Freedom organization for assistance, which in turn sued the board of education.

In 2006, Bunning ruled again that students must watch the video, saying the training did not mean they would have to change their religious beliefs.

The Sixth Circuit Court of Appeals overturned Bunning’s ruling in October 2007, saying that a student involved in the suit could seek damages from the school district and that the training “chilled” his ability to express his views on homosexuality.