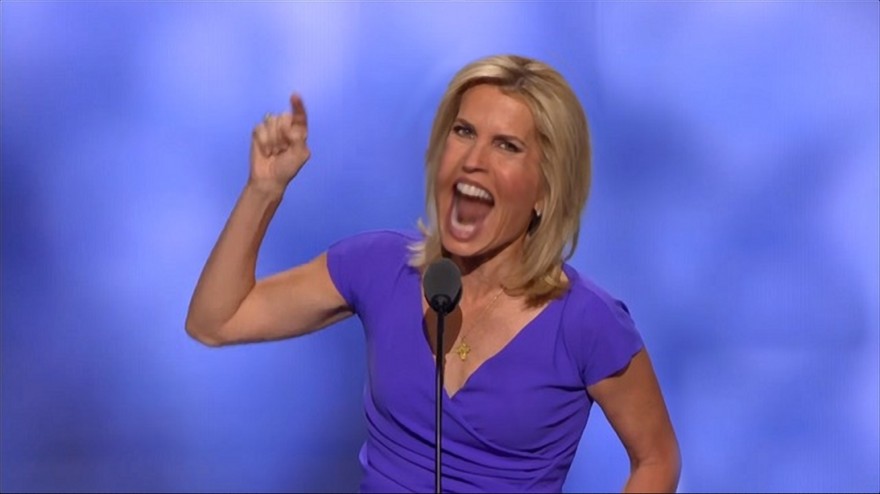 Laura Ingraham is an embarrassment and a complete sell-out.

I had to read the article twice over to make sure I was seeing this correctly, but sadly, I wasn’t mistaken.

Apparently, pro-Trump warrior and populist right-wing darling, Laura Ingraham, has writers that don’t necessarily believe that the right’s adherence and love of the document that keeps our freedoms in check is a good thing.

Writer Edmund Kozak, in an article titled “Alt-Right vs. Conservative Inc.,” goes on to talk about how those conservatives resisting the populist uprising sweeping the Republican party have lost their way as conservatives. Apparently, one of the main reasons this has happened is because those of us not getting onboard with the populist wave are too inundated with a healthy respect for the Constitution.

Kozak goes on to tell us what a conservative really is, but to sum it up he says people such as Ted Cruz have largely forgotten because we attempt to nation build and our constitution was written for us, not for everyone else in the world.

But things immediately get hilarious when Kozak says our constitution worship has blinded us to man’s imperfectability.

The Constitution worship of those like Shapiro and Sen. Ted Cruz reveals that the mainstream conservative movement has largely forgotten the principle of imperfectability.

The Constitution alone cannot guarantee some sort of political utopia. Man is fallen — a city on a shining hill cannot be guaranteed by a mere piece of paper. The fact that within a decade of the documents’ adoption the government was already trying to subvert it should be a clear indication of that reality.

The whole point of the Constitution was to make a government with checks and balances that limited government power, and prevented dictatorial rule because the founders themselves knew that man was an imperfect being capable of corruption, and being guided by self-interest.

To Kozak, however, apparently our love of the Constitution means we think it perfect. This is obviously false, as we often think about how we can further improve on it. It was also something that the founders wrote into the Constitution itself so that further amendments – after met requirements – can be added. If anything, the Constitution is a testament on how man deals with man’s imperfections.

“I never expect to see a perfect work from imperfect man. The result of the deliberations of all collective bodies must necessarily be a compound, as well of the errors and prejudices, as of the good sense and wisdom, of the individuals of whom they are composed.” – Hamilton

But to turn this around, I’m not sure how Kozak explains away his thinking in the face of a movement such as the alt-right, that vehemently defends, and puts all it’s faith in one man who has demonstrated – and continues to demonstrate – how imperfect he is. He lambasts those who shout “Never Trump!” for relying on a document as a basis for our entire country, as he defends people who put all their faith into a man who has claimed that only he, and he alone, can fix everything.

If you ask me, Ingraham and Kozak, caught in their populist wave, have forgotten what it is to be a conservative. Individualism is the name of the game. The document that I do have a fondness for, I have have a fondness for because it protects me from the monstrosities that occur from overreaching powers, be they from an individual or a populist mob.

We’re not worshiping the constitution. It’s a thing. Conservatives especially have much loved stories that warn us against worshiping “things.” But what we are doing is standing by it as diligently as our imperfections allow, especially against men who love the idea of completely ignoring it to make campaign promises.