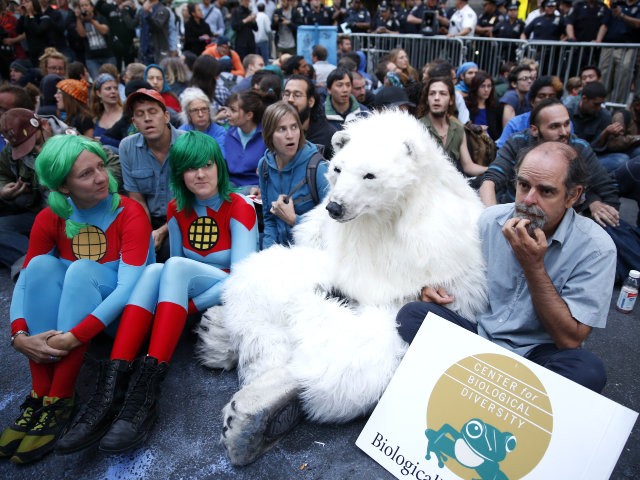 You’ve heard it said that the science is settled. And it’s true. It is settled–settled beyond the possibility of any dispute. A fundamental, inescapable, indubitable bedrock scientific principle is that lousy theories make lousy predictions.

Climate forecasts are lousy, therefore it is settled science that they must necessarily be based on lousy theories. And lousy theories should not be trusted.

Put it this way. Climate forecasts, of the type relied upon by the IPCC and over governmental entities, stink. They are no good. They have been promising ever increasing temperatures for decades, but the observations have been more or less steady. This must mean–it is inescapable–that something is very badly wrong with the theory behind the models. What?

There are many guesses. One is that something called “climate sensitivity,” a measure of the overall reaction of the atmosphere to carbon dioxide, is set too high in the models. So Lord Christopher Monckton, Willie Soon, David Legates, and I created a model to investigate this. Although our model is crude and captures only the barest characteristics of the atmosphere, it matches reality better than its luxuriously funded, more complex cousins.

The funding is important. Nobody asked or paid us to create our model. We asked nobody for anything, and nobody offered us anything. We did the work on our own time and submitted a peer-reviewed paper to the Science Bulletin of the Chinese Academy of Sciences. It’s title is “Why models run hot: results from an irreducibly simple climate model.”

The paper was quickly noticed, receiving at this writing well over 10,000 downloads. Anybody who understood the settled science that bad theories make bad forecasts knew that this paper was a key challenge to the climatological community to show that our guess of why climate models stink is wrong, or to prove there were other, better explanations for the decades-long failure to produce skillful forecasts.

After the paper made international news, strange things began to happen. My site was hacked. A pest named David Appell issued a FOIA request to Legates’s employer, the University of Delaware, to release all of Legates’s emails. But since we received no funding for our paper, which of course implies no state funding from Delaware, the university turned Appell down.

The cult-like Greenpeace had better luck with Soon’s employer, the Harvard-Smithsonian Center for Astrophysics, who were very obliging.

They turned over all of Soon’s emails. And then Greenpeace sent them to a set of sympathetic [Leftist] reporters.

Why did Greenpeace do this? Because they suspected we were lying about receiving funding. They were hoping that if they could prove Soon was paid then Soon should have declared to Science Bulletin a conflict of interest, and because he didn’t (none of us did), then he should retract the paper.

Greenpeace went away disappointed. We were telling the truth. Soon, like most research scientists, has in the past accepted money from sources other than our beneficent government (and what makes government money pure?). Greenpeace, for instance, often issues these kinds of grants. But there was no money for this paper, as we said.

But Greenpeace still needed to sidetrack discussion—anything to distract from the news that climate models are broken–hence their cozying up to “science reporters.”

These reporters, all of whom are paid by corporate interests, emailed asking about the “alleged conflict.” I explained to them that we received no funding and thus had no conflict of interest. But they never heard me. It was as if they didn’t want to. I offered to discuss the science behind our paper, but none took me up on this.

I posted a running log of these emails at my site, and they make for fascinating reading of how narrow-minded and willfully ignorant the [extreme left] press can be.

Justin Gillis of the New York Times was particularly reprehensible. In an email sent before publishing a hit piece on Sunday, Gillis accused Soon of an “ethical breach.” He issued veiled threats by saying that Soon ought to talk to him, because Soon’s employer “may be preparing to take adverse personnel action against” him.

I told Gillis there was no conflict. And I asked Gillis to explain his ties with Greenpeace and other environmental organizations.

Surprisingly, he refused to answer. Well, he did block me on Twitter.

Greenpeace denies the settled science that bad forecasts mean incorrect theories. Don’t let them change the subject. This is not about some false accusation of conflict of interest. This is about bad science passing for good because it’s politically expedient.