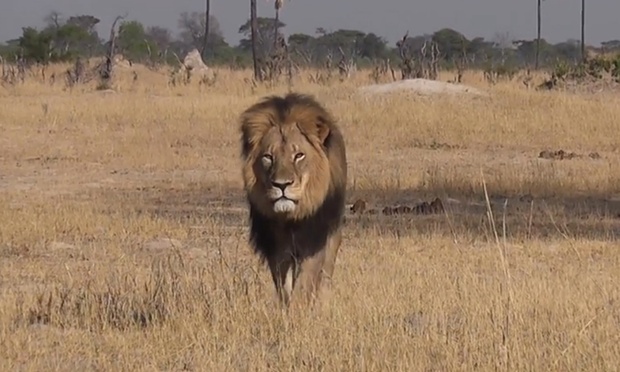 On Tuesday, the world lost its collective mind – whatever is left of it, anyway – when media discovered the identity of the killer of a Zimbabwean named Cecil. Cecil is a lion.

The dentist is now in hiding after death threats. Those death dreams come from some of the world’s top celebrities. The execrable Piers Morgan, writing for The Daily Mail (UK), stated today:

I will sell tickets for $50,000 to anyone who wants to come with me and track down fat, greedy, selfish, murderous businessmen like Dr Palmer in their natural habit. We’d lure him out with bait – in his case I suggest the fresh blood of one of his victims would be very effective as it seems to turn him on so much – and once lured, we would all take a bow and fire a few arrows into his limbs to render him incapable of movement. Then we’d calmly walk over, skin him alive, cut his head from his neck, and took a bunch of photos of us all grinning inanely at his quivering flesh.

The American media have spilled copious amounts of ink and spent enormous amounts of bandwidth ginning up the mob over the death of Cecil, a lion. Meanwhile, the major media rush to ignore the fact that Democrats now force American taxpayers to foot the bill for hundreds of thousands of murders of babies by organizations including Planned Parenthood; the media believe that a dead lion ought to trump Planned Parenthood carving up murdered babies to sell their body parts, Mengele-style. Celebrities who weep over Cecil, a lion, cheer when women across the United States decide to suck their baby’s brains into a sink so that Planned Parenthood can distribute its kidneys for purposes of research.

The same celebrity class lamenting the death of Cecil, a lion, now stand alongside their beloved President Obama as he facilitates the deaths of thousands of Arabs and Jews in the Middle East by funding the leading terror regime on the planet, Iran, and paves the way for a consequence-free Iranian bomb, presumably to be used in the genocide of some six million Jews. Obama has presided over the rise of ISIS, which hacks the heads off of babies, and the left have nothing to say about it. Boko Haram continues to abduct children for sex slavery and murder, and the White House continues to hashtag about it – no comment.