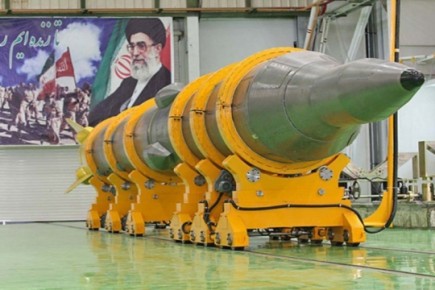 It would be nice if the establishment press, including the folks at the Associated Press, aka the Administration’s Press, had spent a bit less time this past week preparing for and celebrating the Supreme Court’s sadly as-expected Obamacare and same-sex “marriage” rulings, and a bit more on giving readers, listeners and viewers genuine updates on the horrid state of U.S. “negotiations” with Iran.

The only open question is no longer how quickly the pace of the sellout by Secretary of State John Kerry and his team to everything the Iranians want will be. It’s far worse than that. Now, thanks to a chilling writeup authored by the Jerusalem Post’s Caroline Glick, we have to ask why Barack Obama, Kerry and the rest of the “six powers” involved in the “negotiations” are so eager to help Iran build nuclear weapons.

Especially after comparing his output to Glick’s work, four paragraphs from an AP report today (likely more permanent version here) by George Jahn about the talks missing their June 30 deadline will illustrate how determined the press is to deceive us about how dangerous matters have gotten (bolds and numbered tags are mine):

A senior U.S. official acknowledged Sunday that Iran nuclear talks will go past their June 30 target date, as Iran’s foreign minister prepared to head home for consultations before returning to push for a breakthrough.

Iranian media said Mohammed Javad Zarif’s trip was planned in advance. Still, the fact that he was leaving the talks so close to the Tuesday deadline reflected his need to get instructions on how to proceed on issues where the sides remain apart – among them how much access Tehran should give to U.N. experts monitoring his country’s compliance to any deal. [1]

The United States insists on more intrusive monitoring than Iran is ready to give. [2] With these and other disputes still unresolved, the likelihood that the Tuesday target deadline for an Iran nuclear deal could slip was increasingly growing even before the U.S. confirmation.

The dispute over access surfaced again Sunday, with Iranian Gen. Masoud Jazayeri saying that any inspection by foreigners of Iran’s military centers is prohibited. [3]

The first two bolded sections give readers the impression that there is some vague level of common ground — but there isn’t any.

The first claims that “how much access Tehran should give to U.N. experts” is an open question. No it’s not. The third, which Jahn apparently believes few readers will venture far enough to read, shows that Iran has foreclosed even the possibility of inspections.

The second bolded section claims that the U.S. “insists on more intrusive monitoring than Iran is ready to give.” That implies that Iran is willing to allow some monitoring. No it’s not.

Far more crucially, Jahn’s report pretends that the West is still making inspections demands. Glick, a deeply experienced, highly respected Middle East commentator, tells us that the sellout has already happened. It doesn’t seem possible, but it gets worse from there.

I must emphasize that the shopworn advice to “Read the whole thing” has rarely been more applicable.That said, here are excerpts which will drive home her major points about inspections and Iran’s supposed enemies serving as enablers: 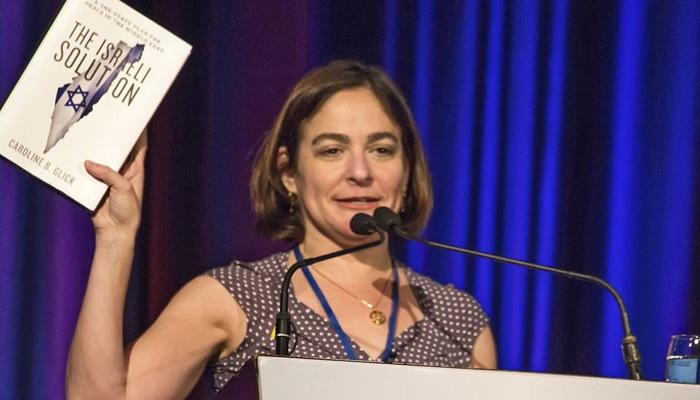 Under President Barack Obama, the US has implemented policies toward Iran that are catastrophic for Israel specifically, for US Middle East allies more generally and for US national security itself.

Consider, first, the known details of the soon-to-be-concluded nuclear deal.

… Based on nothing more than the number of centrifuges Iran will be allowed to possess and the amount of enriched uranium necessary to make a nuclear bomb, (Prof. Alan) Kuperman demonstrated (in a New York Times op-ed buried on Page A23 of Tuesday’s print edition — Ed.) that far from prolonging Iran’s nuclear breakout time by 10 months (from 12 to 2 — Ed.), the deal will only prolong its breakout time by one month. In other words, the deal is worthless.

In other words, the six powers will teach Iran how to operate advanced centrifuges capable of quickly enriching uranium in an installation that is protected from aerial bombardment.

Founding Soviet communist Vladimir Lenin once said that “The Capitalists will sell us the rope with which we will hang them.”

Barack Obama, John Kerry and the rest of the “six powers” are on the verge of going much further than Lenin would ever have dreamed as they seek to provide Iran, whose leaders regularly cry out for “Death to America!” with the technology which would enable them to carry out their oft-stated destructive wish.

As to the original U.S. demands that Iran “both expose its previous nuclear work with possible military dimensions and permit the US unfettered access to all its nuclear installations,” contrary to Jahn’s AP writeup which opened this post, Glick writes:

Rather than present Iran with an ultimatum that it either abide by these basic requirements or receive no nuclear deal, the administration abandoned its position.

Limits on what I can respectfully excerpt prevent me from posting more. Go to Glick’s full column for the rest, including her conclusion as to what it means for Israel.

It really doesn’t get much more frightening than this. Yet, thanks to our negligent and deceptive press, most Americans likely still believe that a deal — any deal, no matter how utterly dangerous — beats none. And at the rate things are going, they will continue to believe that even after the sellout is complete.