Lewandowski Firing Proves Trump Would be Worse Than Hillary 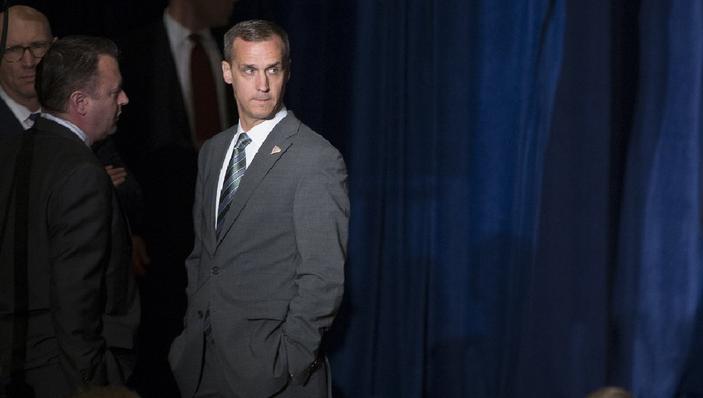 Corey Lewandowski was an unqualified twerp who was in over his head as Donald Trump’s campaign manager. He was an incompetent, shameless, abrasive liar. If Donald Trump had woken up two or three months ago and said to himself, “Gee, this guy Lewandowski cannot do the job I hired him for, I should fire him and get someone else,” I would have viewed it as evidence that Trump was getting his crap together, at long last.

So why aren’t I praising Trump for firing Lewandowski now? Surely, if I would have supported Lewandowski’s firing them (and I would have), then shouldn’t it be good news that Trump is firing him now?

On the contrary, the timing and (most especially) the reason Trump fired Lewandowski serve to prove that Trump would be a substantially worse President than Hillary Clinton.

See, Trump stuck by his man back when Lewandowski was (properly) accused of a) getting trucked by the Cruz campaign in the delegate game b) assaulting Michelle Fields and lying about it, and c) engaging in a pattern of abusive behavior towards female subordinates. These things did not bother Trump. Know what did? Polls. This comes from Breitbart so it is basically directly from the mouth of Donald Trump:

“Corey was escorted out of the building,” a source close to the campaign told Breitbart News.

Lewandowski came to the meeting unaware that he had lost the support of the GOP presumptive nominee, the source said. At the meeting, attended by both senior campaign staff and members of the family, Trump reviewed different campaign metrics that were all faltering: cooperation with party leaders, fundraising, surrogate operations and most importantly the polls.

Well, let’s look at those polls for just a second. Trump undoubtedly has had a rough time in the polls lately… but it’s kind of astonishing how short lived his drop in the polls has been. As recently as May 25th, Trump held his one and only lead in the RCP national average. In fact, there were four national polls that finished between June 5-8th and all showed Clinton leading by 3-8 points. Only since then has Trump nosedived in the polls.

In other words, Trump’s had about 11 bad days of polls. Less than two weeks. And on this basis, he takes the drastic step of firing his right hand man. His right hand man, we should note, who was not responsible for Trump’s racists remarks about Gonzalo Curiel or any of the other idiotic utterances that have proceeded from Trump’s giant, fat head.

Now imagine a President this obsessed with polls. A President who was so terrified of his numbers dropping in public opinion polling that he would take humongous, desperate measures based on 11 bad days from Gallup. Folks, that is a nightmare waiting to happen. People accuse Hillary Clinton of being a relentless triangulator – and she is – but at least she wouldn’t be a nonstop exercise in whiplash, overreaction, and overcorrection every time her administration has a bad period of 11 days.

And if you think Bill Clinton bombing an aspirin factory in Iraq to distract from Monica Lewinsky was bad, imagine what Trump can come up with over the span of four years of what’s sure to be nonstop failure and scandal. This is who Trump is, folks. I don’t for a second regret my refusal to support him, and everyone who has done so should seriously reconsider before it is too late.