Like the Rest of the NFL, Baltimore Ravens Desperate to Fill Empty Stadium Seats 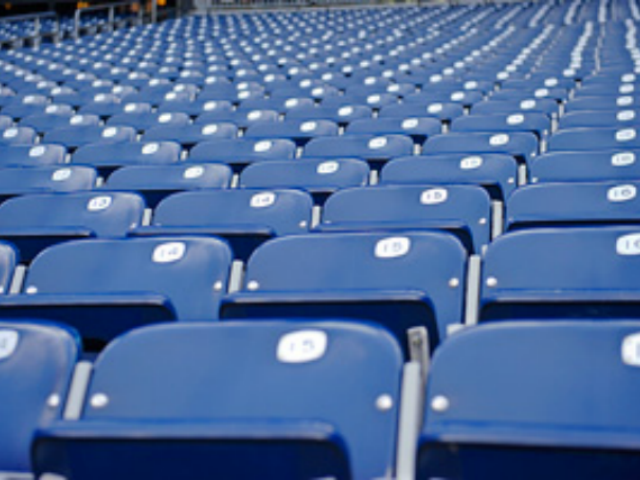 Like many other NFL teams, the Baltimore Ravens are worried about the thousands of empty seats in their stadium.

Despite having a previous history of selling out each game since the team moved from Cleveland, the Ravens were suddenly forced to take out advertisements to induce fans to buy tickets at much-reduced prices.

The team has a long history of sold-out seasons at M&T Bank Stadium, but last week, as Week 13 began, the Ravens were seen taking out advertisements touting cheaper tickets with a campaign saying “Win Together. Purchase your tickets today,” according to the Baltimore Sun.

But, the campaign may be a tough sell as fans have already been trying to unload the tickets they already have for as low as $29 on Ticketmaster, eBay or other secondary markets.

According to the Sun:

“The Ravens are finding themselves in the same situation as a lot of NFL teams this year,” said T.J. Brightman, president of A. Bright Idea, a public relations and marketing firm with offices in Bel Air and California. “There is a disengagement by fans across the country stemming from the daily and weekly stories the NFL league office confronts.”