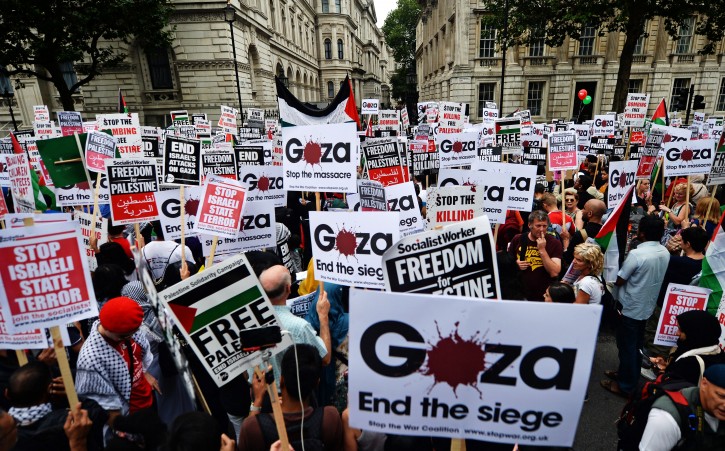 Anti-Semitic vandals desecrated a Jewish memorial in London on Thursday morning, peppering the structure with raw meat – including a pig’s carcass.

The memorial and fountain, located in Whitechapel, is a testament to Edward VII, former king of the United Kingdom (UK) from 1901-1910.

“I just think it is disgusting,” Justice told the Evening Standard. “It is a memorial. I do not know if they think it is funny or what, but it cannot be allowed to stay up like that.”

“I find it offensive.”

The Tower Hamlets Council stated that it was investigating the incident.

The growing face of British anti-Semitism

Anti-Semitic incidents in Britain jumped by a whopping 53% in the first half of 2015 as compared to the same period last year, according to a report released in late July.

The findings, released in a report by the Community Security Trust (CST) monitoring group, in part indicates a growth in reporting such incidents on the part of UK Jews, who are becoming more willing to step forward and take action against the hate crimes.