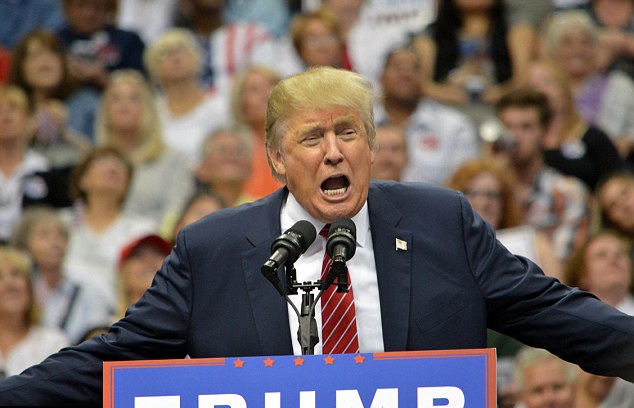 And this is after Trump had 5 times more airtime and media coverage than Ted Cruz.

Here is the magic, you guys. Trump’s statement on his big loss in Wisconsin.

Donald J. Trump withstood the onslaught of the establishment yet again. Lyin’ Ted Cruz had the Governor of Wisconsin, many conservative talk radio show hosts, and the entire party apparatus behind him. Not only was he propelled by the anti-Trump Super PAC’s spending countless millions of dollars on false advertising against Mr. Trump, but he was coordinating `with his own Super PAC’s (which is illegal) who totally control him. Ted Cruz is worse than a puppet— he is a Trojan horse, being used by the party bosses attempting to steal the nomination from Mr. Trump. We have total confidence that Mr. Trump will go on to win in New York, where he holds a substantial lead in all the polls, and beyond. Mr. Trump is the only candidate who can secure the delegates needed to win the Republican nomination and ultimately defeat Hillary Clinton, or whomever is the Democratic nominee, in order to Make America Great Again.

So his argument is that this is bull because all of the institutions of conservative and Republican thought that could possibly be against him were, in fact, against him, and none were for him. No talk radio, nobody from the party he claims to want to “unify”, not the voters in the state, not donors, not the very popular Governor or his Lt. Gov., supported Trump. That’s the “only” reason he lost.

Hey Trump, that’s what you call losing. This is what that word means. It means not winning because nobody supported you. Don’t they teach vocabulary at Trump university?

Also, yes, he flat out accused Cruz of illegal activity. No evidence is needed, as we’ve seen countless times from the Trump campaign. Donald is a believer in the big lie and uses the principle relentlessly. It seems to fool plenty enough people most of the time, although not, apparently, in Wisconsin.

Trump is classy you guys. Except when he’s not. Which is all the time. But if you think he’s a sore loser, go check out the special group of rabid, frothy-mouthed lunatic fringe fans he has on Twitter. Not the normals. The special ones. It’s a spectacle.