Loser N.J. Gov. Chris Christie goes to beach after closing them to public 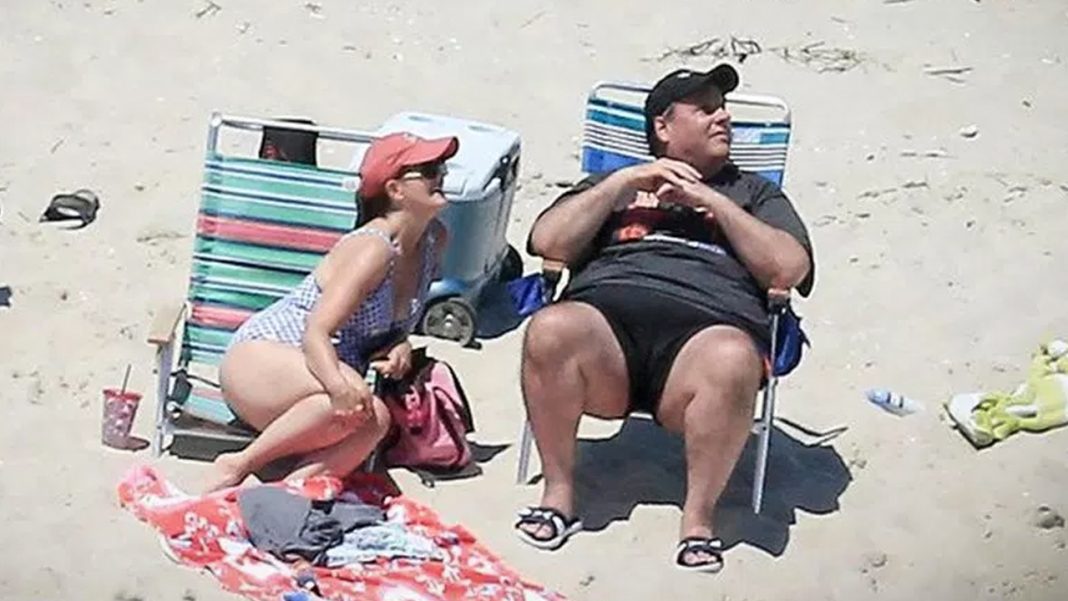 New Jersey Gov. Chris Christie was photographed at the beach just days after closing them to the public due to a state government shutdown over the budget.

NJ Advanced Media took aerial photos of the Republican governor on the beach with his family outside of the state-funded governor residence at Island Beach State Park.

When asked if he “got any sun” at a press conference Sunday, Christie said he didn’t. But he later clarified his statement and said he is going back and forth between the beach residence and the state capitol in Trenton, N.J.

We flew a plane over the Shore today and look who we found! https://t.co/CCvntR5Xj1

Reporters asked Christie why he should be allowed to visit the beach when it is closed for everybody else.

“That’s because the governor has a residence at Island Beach. Others don’t,” he answered. “It’s just the way it goes. Run for governor and then you can have the residence.”

More than 50 state parks, historic sites and recreational areas, including beaches, were were ordered closed by Christie on June 30 due to a state budget disagreement between him and the Democratic-led state assembly. The closures are expected to remain until after the July 4 holiday.