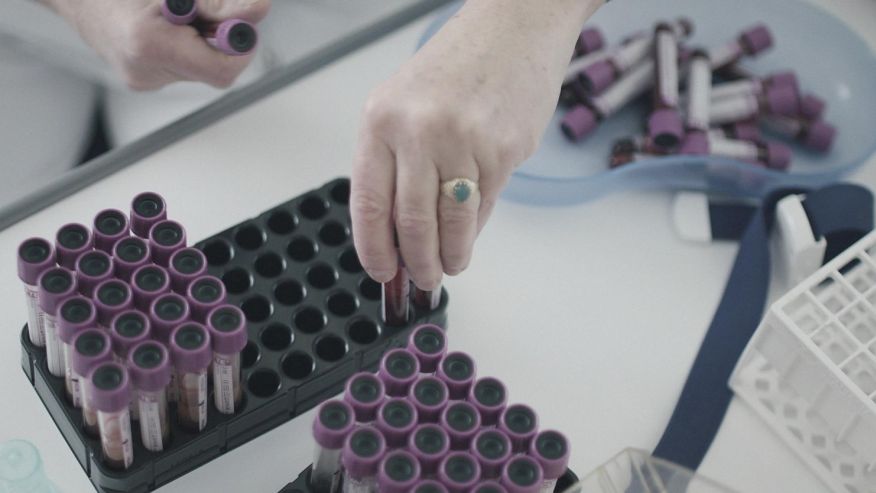 Only the left would do something so disgusting.

An Austrian men’s magazine has printed an entire issue using HIV+ blood as “ink.” The magazine’s co-publisher, Julian Wiehl, said the purpose was to make a statement about the stigma associated with the virus.

You won’t see “The Vanguardist” on the newsstands, the issue can only be ordered online because of the restrictions on transporting blood internationally.

The Washington Post writes that “picking up the magazine is not a problem. As we’ve known for many years, the human immunodeficiency virus quickly dies outside the body and can only be transmitted by direct contact with body fluids, mainly blood and semen.”

But the magazine has taken precautions.

To be doubly sure, and to kill any other pathogens, Vangardist autoclaved the HIV-positive blood obtained from three donors before mixing it with the red ink used to print the magazine.  The ink used in all 3,000 copies of the printed edition is 1 part blood to 28 parts ink, Wiehl said. There also is some blue ink to highlight its “Heroes of HIV” theme.

The magazine comes in a sealed wrapper, forcing the reader to “break the seal to break the stigma,” Wiehl said.

If you are wondering where the blood for the issue came from, here you go:

Three HIV-positive people — the heroes of “HIV heroes” — donated their blood for the magazine: A 47-year-old mother, a gay 26-year-old man and a 32-year-old straight man. (It didn’t take much; all the ink for the edition weighed only 2.5 kilos, or about 5.5 pounds, Wiehl said.) Two of the three donors, he  pointed out, don’t fit the stereotype we immediately associate with HIV. That was another point the magazine wanted to make.

“The stigma of HIV, although we have all these medical advances, is still a hard topic,” Wiehl said. “By fighting the stigma, we also want to fight new infections.”