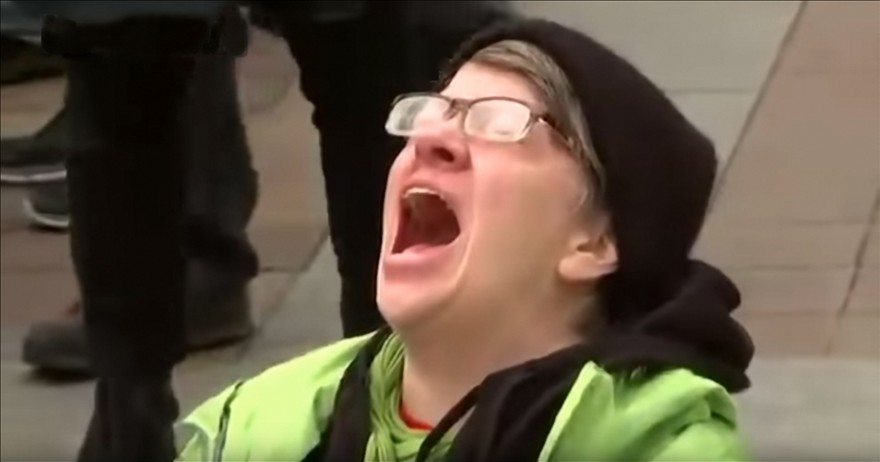 Which actually proves they are precious little snowflakes.

According to a poll conducted in the UK by Aviva, 74 percent of young people between the ages of 16-24 feel their mental health is affected when called a “snowflake.” Well, sometimes, the truth hurts.

Millennials have only themselves to blame for being overly sensitive to any idea contrary to their own or, say… highlighting this “special” group of individuals and their childish reactions to just about everything. When seeing behavior like that from supposed young adults, it’s hard not to call them snowflakes.

The origin of the term is often credited to a line out of the book Fight Club by Chuck Palahniuk and its film adaptation starring Brad Pitt: “you are not special, you are not a beautiful and unique snowflake.”

Palahniuk commented on how today’s culture has embraced the term:

“There is a kind of new Victorianism. Every generation gets offended by different things but my friends who teach in high school tell me that their students are very easily offended.”

Dr. Doug Wright, who was involved in the survey, said disparaging terms like “snowflake” are adding to an already growing mental health crisis among young people and said people should really think about how they criticize others:

“While young adults in particular appear to take offense to the ‘snowflake’ label, the majority of adults agree that the term is unfair and unhelpful, so it’s important that people consider how such labels are used, and the cumulative effect they could have on their recipients.”

Well, count TruthRevolt in on abiding by the doctor’s wishes and refraining from calling them snowflakes. Instead, we will call them what they really are: totalitarians. Maybe that will make them feel better.