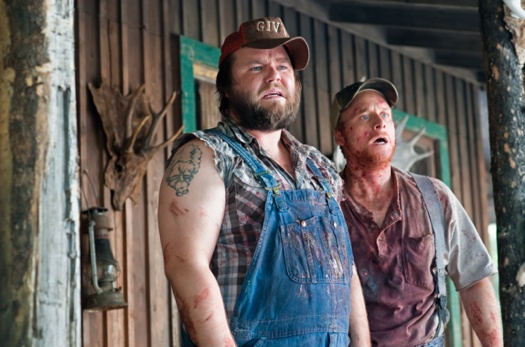 Fox News is a large outfit with plenty of on-air personalities. So it’s natural that some of them are pro-Donald Trump, or at least anti-anti-Trump, and that therefore some reacted negatively to National Reviews “Against Trump” issue.

The problem is the mindlessness of some of the negative reactions. John Daly documents them at NR’s Corner.

Take Fox News host Judge Jeanine Pirro. She said on Twitter: “The National Review needs to get in line with the rest of the Republicans. How dare they trash the front-runner Donald Trump!”

This comment is ridiculous. First, Trump doesn’t have the support of “the rest of Republicans,” he has the support of approximately 35 percent of them.

Second, since when does anyone have to “get in line” with other Republicans before a single vote has been cast and support the guy who is leading in the polls? The authoritarian tenor of Pirro’s remark may be a good reflection of Trumpism, but it should embarrass Fox News.

So should this comment from Fox Pundit Peter Johnson, Jr:

National Review decided to have a diverse group of conservative writers state their objections to a Donald Trump presidency. Calling this a “hit-job” and a “put-up job” tells us nothing about the merits of the writers’ objections or their “credibility.” Name-calling is no more persuasive an argument than “how dare you.”

Johnson, by the way, says he’s a Democrat. His attack on the “credibility” of long-time conservatives who question Trump’s conservative bona fides should carry very little weight.

Then, there was this bit of idiocy from Harris Faulkner:

These words should disturb every American. He [Trump] is not deserving of conservative support in the caucuses and primaries? Whose job is it to decide who gets to be where? It’s the voters who decide. It is not any particular party. That’s offensive on its face.

What’s disturbing is that Fox News provides a forum to someone who is offended by debate over whether a particular candidate is conservative (and thus deserving of conservative support). It’s a truism that voters get to decide whom to vote for. But this doesn’t make it “offensive on its face” for commentators to express their views as to which candidates are conservative.

Jesse Watters topped even Pirro and Faulkner in the “bow down to the frontrunner” department. Watters said:

Everyone’s now saying, “Oh he doesn’t check this box, he doesn’t check this box.” Do you know what box is important to check? Filling up 40,000-people stadiums on a Tuesday night. That’s the box that counts on Election Day. I don’t think principles matter if you can’t get elected and institute those principles. And I think a lot people now are putting pure conservatism over the country.

But the polls contradict Waters’ assumption that Trump is the only Republican who can get elected. They suggest that Trump is not so electable and that some of his rivals are more so.

These polls are certainly not the be-all and end-all when it comes to assessing electability. Still, Watters should have better evidence than Trump filling up a 40,000-seat stadium before he accuses “a lot of people” of ignoring the country’s best interests.

Moreover, as Daly points out, “basic conservative fundamentals are what the [Republican] party represents and what distinguishes it from the Democratic party.” So of course true conservatives want to be satisfied that a potential GOP standard-bearer understands, respects, and largely adheres to conservative principles. If elections are just about anointing the guy who can fill up a large stadium, then what was wrong with electing Barack Obama in 2008?

Finally, I heard Sean Hannity dismiss National Review’s criticism of Trump on the theory that these people hate Ted Cruz too. Hannity offered no evidence of such hatred, and I doubt that folks like Erick Erickson, Glenn Beck, Cal Thomas, or our own Steve Hayward hate Cruz. Few, if any, of the arguments made by these and other critics of Trump apply to the Texas Senator.

For whatever reason, Hannity and the others were unwilling to engage the arguments of Trump’s conservative critics. As Daly says, there has been very little criticism of the actual content of the essays.

That’s a pity. The National Review articles should have prompted an intelligent debate about Trump’s candidacy and his relationship to conservatism. Instead, it prompted some at Fox News to try to shut down debate.