Minnesota Governor Dayton: Don’t want migrants? GET OUT OF MINNESOTA! 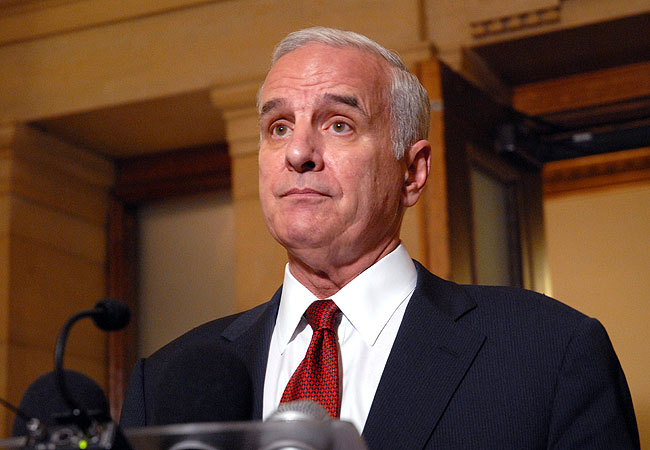 Governor Mark Dayton attended a community conversation about race hosted by the St. Cloud NAACP and told people who have been questioning refugee resettlement in the central Minnesota region to “find another state.”

This mirrors the German authorities who told a small town of 3,000 that is being forced to absorb 4,000 Muslim migrants, “If you don’t like hosting refugees in your town, you can leave the country.”

Earlier this week, in St. Cloud, MN, the Democrat Governor of the State—Mark Dayton—made it pretty clear to those who have been questioning the mass importation of Somali refugees to the state—too bad for you, find another place to live.

Oh, and following on the point I’ve been making over the last few days, here, here and here, the Council on American Islamic Relations (CAIR) was there.  As I said, CAIR is now take an up front position on more refugee resettlement (and you can be sure it isn’t the Syrian Christians they are worried about!).

My guess is that CAIR was hoping the whole concept of the Hijra (Mohammed’s demand that Muslims migrate as a form of jihad) would not be out in the open and that we wouldn’t notice until it was too late, but we have.  So now they are openly pushing refugee resettlement.

From the Daily Globe  (thanks to all who sent it):

St. CLOUD — Harsh words and heartfelt sentiment were exchanged by community members and local officials on racial issues in Central Minnesota at the St. Cloud NAACP Community Conversation with Gov. Mark Dayton. [I don’t get it, doesn’t the NAACP know that all the migrants are taking jobs that African Americans need?—ed]

From the start of the event, Dayton bluntly stated his opinions on the racial tension in St. Cloud and across the state in regards to immigration.

Dayton said he was aware of some of the racial issues happening in the St. Cloud area and urged participants to take a stand against what he described as “unacceptable, un-Minnesotan, illegal and immoral” behavior.

Another audience member took issue with the Minnesota chapter of the Council on American-Islamic Relations, accusing the organization of being supported by terrorists.CAIR Minnesota Executive Director Jaylani Hussein, who had previously addressed the crowd on his concerns on racial tension said his organization is not affiliated with terrorist groups.

Find out what health problems refugees are bringing to Minnesota!

Some of you involved in the resistance in the state should attend these important meetings (next one is Nov. 3).  Follow the links, but here is what they say about the September meeting and what was discussed (remember you are paying for all of this!):

I contend that if more Americans knew how much disease/parasites etc. were coming in with refugees they would be shocked into action—likely fearing disease more than Islamic terrorists!