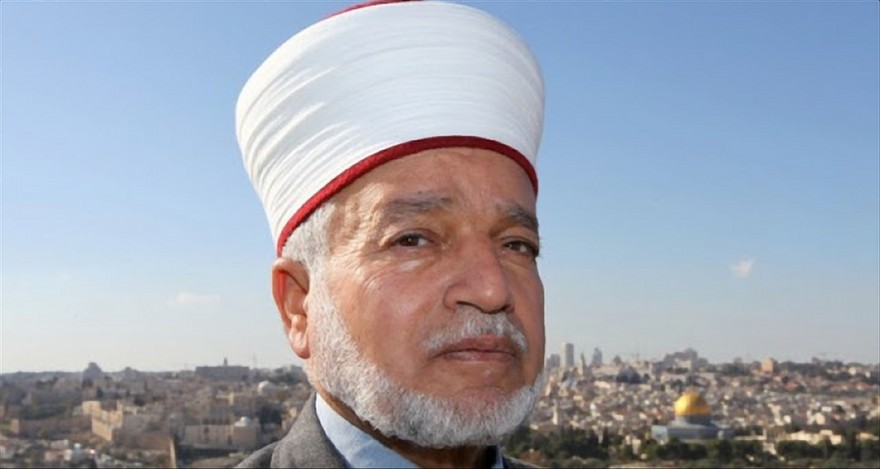 The current PLO-appointed Mufti of Jerusalem, Muhammad Ahmad Hussein, says that 90% of all the sources of terrorism would dry up if the [co-called] “Palestinian issue” was “resolved” [by murdering all the Jews].

… But what does Hussein himself think about [Arab Muslim terror in Israel against Jews]?

He directly supports if, ruling in 2006 that suicide bombings are permitted. “It is legitimate, of course, as long as it plays a role in the resistance.”

OK, then. what does he envision to be the solution to the Palestinian issue that would help end terror worldwide?

Why, the destruction of Israel and the genocide of Jews, of course!

Hussein has said that all of “Palestine” is Islamic land, meaning there is no room for a Jewish state – or Jews – there. He said this with his boss Mahmoud Abbas in the audience.

And he has also said at a Fatah rally that Muslims will kill all the Jews, quoting the famous rocks and trees hadith, which he put in the context of the “Palestinian revolution” – directly claiming that the genocide of Jews is a “Palestinian obligation”.