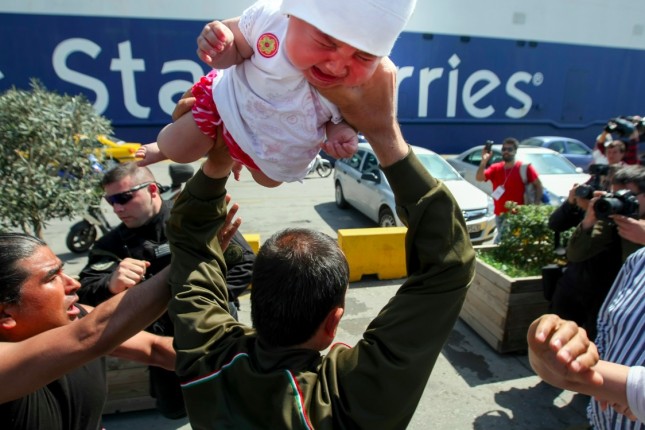 A migrant has threatened to throw a young baby at Greek officers during a clash over plans to move the migrants to a holding centre. Greek commentators have denounced the event as ‘barbaric’.

According to various reports the man grabbed the child from its mother and threatened to throw it at the authorities after they stopped him from smashing up a car.

As onlookers attempt to calm him down the man is seen shaking the child roughly above his head, holding it by the neck and legs, before another migrant is able to snatch the child away and return it to its horrified mother.

The Greek government has released a statement announcing an inquiry into the incident would be launched. It is not clear whether or not the migrant is the baby’s father. 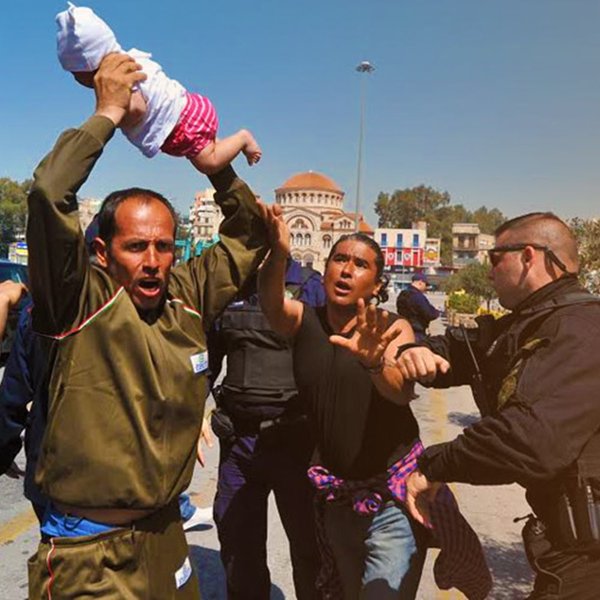 The video appears to have been filmed at the port of Piraeus, where around 5,000 migrants are camped out. In total, approximately 53,000 migrants are stuck in Greece, unable to move northwards thanks to the closing of national borders all across Europe.

The Greek government, which wants the port back in use before the Greek Easter holidays at the end of the month, has said it plans to move the migrants to other locations around the country, but the migrants are refusing to leave.

Harbour officials have accused pro-migrant volunteers of inciting the migrants to protest and demand that national borders be re-opened, Ekathimerini has reported.

In a statement, the Piraeus Port Authority has alleged that some people there “are obstructing the plan to transfer refugees and migrants to organized shelters.

“The time has arrived for the law to be strictly enforced against those who are taking advantage of the desperation and vulnerability of refugees and migrants,” it said.

In light of the episode with the baby, the Greek author Takis Theodoropoulos has slammed the Greek government for portraying the migrants as the “proletariat, who had nothing to lose but their chains.”

In reality, he said, this man was “about to throw the baby like it was a ball,” and asks: “is this a picture of despair? Or shall we call things by their real name: a picture of barbarism.”