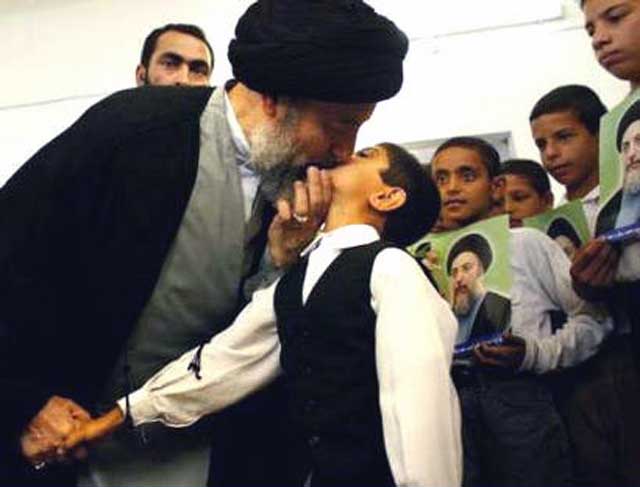 Because this is totally “okay” in Islam…

Muslim migrants in the West have long since learned that their best defense is just claiming that they didn’t know it was wrong.

Esmatullah Sharifi, an Afghan refugee, offered an Australian woman a ride home and then put his right hand around her neck and his left hand over her mouth and raped her. Sharifi’s lawyers claimed that due to cultural differences he was confused about the nature of consent.

This wasn’t Sharifi’s first misunderstanding of the difference between rape and sex. He had already been sentenced to 7 years in jail for raping an Australian teenager on Christmas Day in 2008.

The sentencing judge rejected Sharifi’s excuse, but a court of appeals judge found that claiming cultural differences was a valid basis for an appeal.

This wasn’t the first case of Muslim cultural misunderstanding assault in Australia.

Last year, an Egyptian Muslim cleric was arrested for groping women on a beach. The spokesman for the Dee Why Mosque said that by groping a grandmother pushing a stroller and an underage girl, Ahmed Alkahly had been “showing love and compassion but had misunderstood the cultural differences between Australia and Egypt.”

And here’s the latest Muslim migrant to get a pass on cultural differences.

An Iraqi refugee who raped a 10-year-old boy at a swimming pool has had his conviction overturned because a court didn’t prove he realised the boy was saying no.

The rapist, identified as Amir A, 20, violently sexually assaulted the boy in the changing room of Theresienbad pool in Austria claiming it was a ‘sexual emergency’ because he had not had sex for four months.

The poor oppressed fellow. He was suffering an emergency. #RapistsWelcome

The incident occurred in December 2015 as part of the integration process where he traveled with a 15-year-old helper and translator who was meant to be teaching him how to integrate into life in Vienna.

And did he ever.

Confessing to the rape in an interview with officers, he said he knew what he did was wrong but did it anyway because it was a ‘sexual emergency’ having gone four months without sex, according to The Local.

In the initial court hearing, he was found guilty of sexual assault and the rape of a minor and was sentenced to six years in jail.

But the Supreme Court rescinded the sentence and ordered a re-trial with the court’s president Thomas Philipp calling the verdict ‘watertight’ when it came to the sexual assault of a child, but that rape could not be sufficiently proved, says The Local.

The higher court said it should have been ascertained whether or not the victim agreed to the sexual act or whether Amir A had acted against the will of the boy.

Yes, it’s so ambiguous as to whether the little boy agreed to be raped by the Muslim monster.

But it’s not clear that the Muslim monster knew the boy didn’t want to be raped by him.

the Supreme Court yesterday overturned the conviction, accepting the defence lawyer’s claim that the original court had not done enough to ascertain whether or not the rapist realised the child was saying no.

Maybe it’s time for people to start saying no to Muslim migration so loudly that everyone can hear.