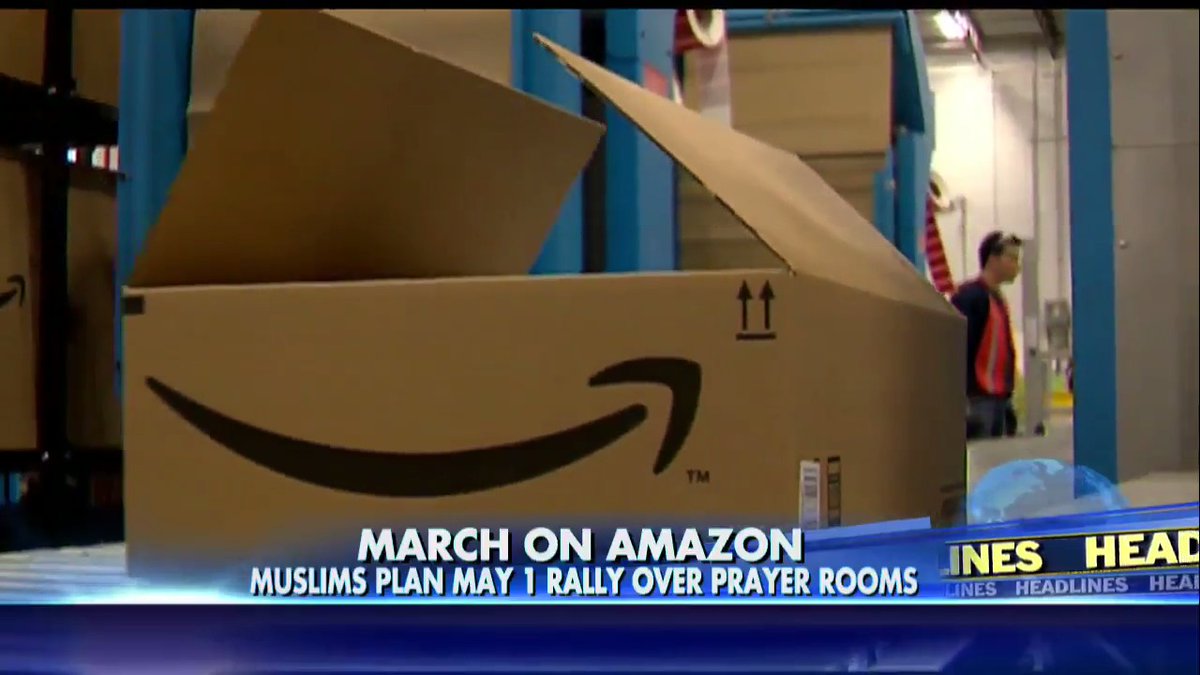 Have you ever noticed that Muslims are always “outraged?” They are never happy. There is nothing you can do to appease them.

Outraged Muslims are reportedly planning a May 1 demonstration at the Amazon headquarters in Seattle, Washington.

The company is under fire after several Muslim security guards demanded time and space to pray five times a day, while on the job.

The guards contend in a lawsuit filed this week that the subcontractor who employs them does not appropriately accommodate their faith and retaliates against those who speak out.

The Service Employees International Union and the guards allege that Amazon grants high-earning tech workers conference rooms to pray in, but they do not provide the same accommodation for contracted security officers during their law-mandated work breaks.

Outraged Muslims to lead march to @amazon‘s HQ after security guards demanded time & space to pray 5x a day while on the job. pic.twitter.com/4yN7pBPtEk

Amazon and the security contractor have refuted the allegations.