Muslims Slaughter Christians, Try to Burn Them Alive in Churches Over Muhammad Cartoons 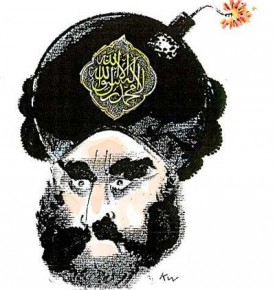 According to a nun who escaped the violence, forty churches were torched and ten people slaughtered. She further added that “the intention was to torch all the churches with us inside them on Christmas Day and thus burn us alive!” This never came to pass but with the Charlie Hebdo cartoons, an excuse was found (as discussed here, “collective punishment” is often an excuse—in this case, ludicrously blaming Niger’s Christians for the actions of Parisian atheists—to kill Christians).

Concluded the nun: “Boko Haram students believe they must kill Christians in order to take their place in paradise but we won’t surrender to fear because love must prevail over hatred.”