Nasrallah: Everything Hezbollah Eats and Drinks, Its Weapons and Rockets, Come from Iran 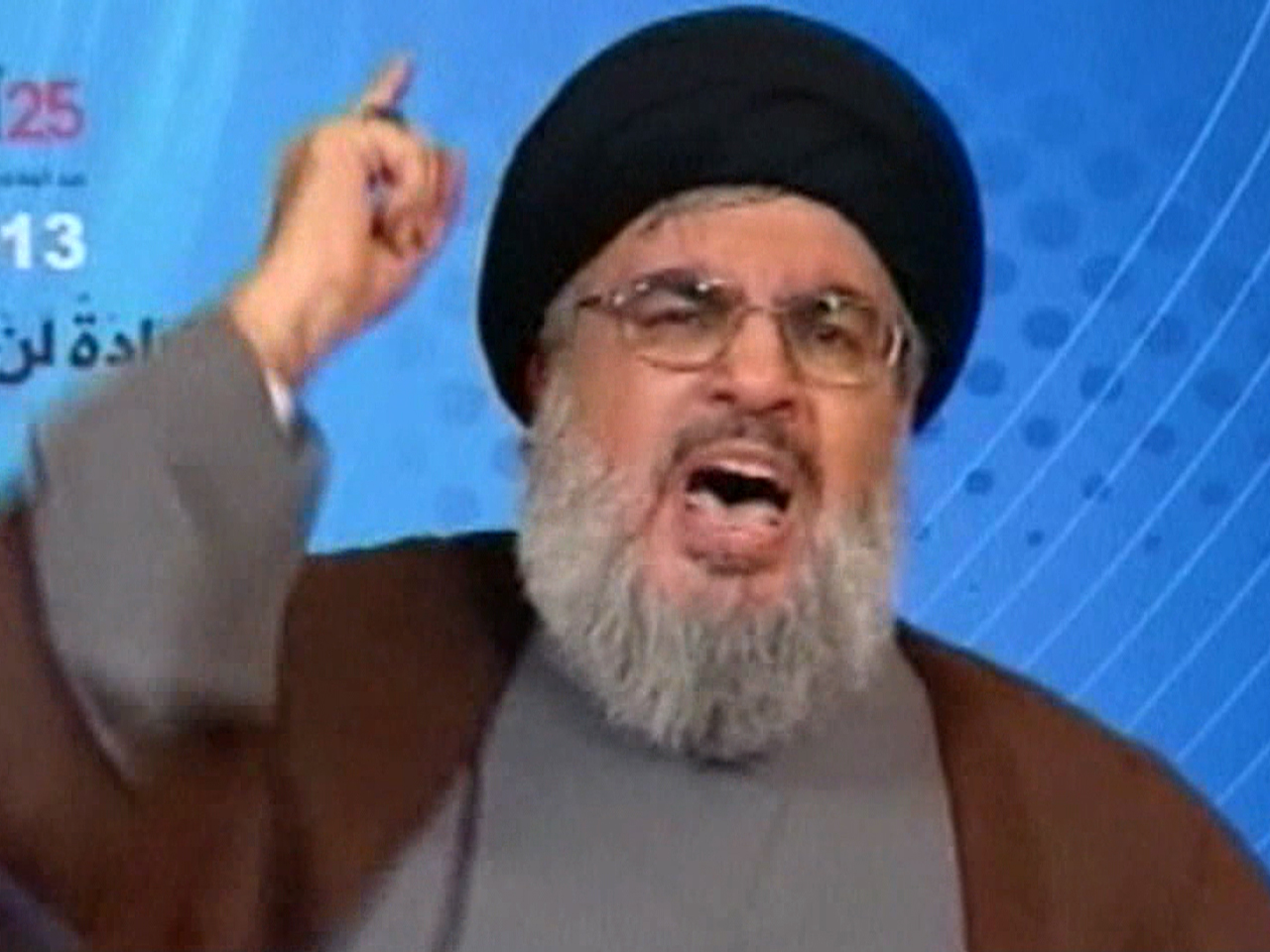 Terrorist leader Nasrallah says “as long as Iran has money, we’ll have money.”

In a Friday speech marking 40 days after the death of senior Hezbollah commander Mustafah Bedreddine in Damascus, the leader of Hezbollah Hassan Nasrallah announced that his group is “open about the fact that Hezbollah’s budget, its income, its expenses, everything it eats and drinks, its weapons and rockets, come from the Islamic Republic of Iran.” Which is why no matter how many new sanctions the US and the West would place on it, Nasrallah said, Hezbollah “will not be affected.”

Nasrallah said: “As long as Iran has money, we have money… Just as we receive the rockets that we use to threaten Israel, we are receiving our money. No law will prevent us from receiving it…”

As Al Arabia pointed out, the Nasrallah speech is a major embarrassment to the Obama Administration, since it appears that by approving the thawing of Iranian funds in return for a dubious nuclear agreement the US is now “playing a critical role in assisting and facilitating the ways through which Hezbollah receives this significant aid from the Iranian government.”

Two of the major beneficiaries of the sanctions relief have been Hezbollah and the Islamic Revolutionary Guard Corps (IRGC). Iran has also been able to increase its military budget by $1.5 billion from $15.6 billion to $17.1 billion.

Nasrallah’s speech now indicates that US money transfer to Iran’s bank and the sanctions relief have empowered both the Iranian government and Hezbollah, this after a few years in which the Lebanese terror organizations has suffered the worst string of casualties in its proxy war in Syria alongside the IRGC.

With that in mind, Nasrallah said on Friday that since thousands of Hezbollah’s Sunni enemies have recently entered Syria through Turkey to take over the northern city of Aleppo, he will send morefighters to the Aleppo area, where Hezbollah has suffered heavy losses in the past. “We are facing a new wave […] of projects of war against Syria which are being waged in northern Syria, particularly in the Aleppo region,” Nasrallah said, declaring, “The defence of Aleppo is the defense of the rest of Syria, it is the defense of Damascus, it is also the defense of Lebanon, and of Iraq.”

Nasrallah also admitted that 26 Hezbollah fighters had been killed so far in June, adding to the estimates of more than a thousand Hezbollah dead, including several senior leaders, in the Syrian civil war.