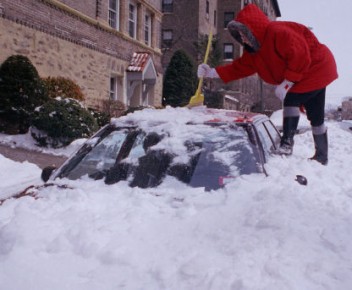 In the midst of freezing weather and record snowstorms in the eastern United States, NBC’s Al Roker wishes the term “Global Warming” had never been used. Too bad, Al. As the Great Lakes are mostly frozen over due to the extreme cold, you are stuck with a term devised by liberals about twenty years ago to describe what they confidently predicted would happen at the time. Now that Global Warming laughably did not pan out, suddenly liberals and Al Roker are regretting that terminology and are now using the all-inclusive “Climate Change” instead.

Roker expressed his “Global Warming” regret several days ago as he was being interviewed by Larry King about the deep freeze conditions hitting most of the country. Here is Roker who has a degree in communications, not meteorology, moaning about how he wishes “Climate Change” had been used rather than the easily mocked “Global Warming” which laughably didn’t happen after Larry King brought up the now taboo term:

LARRY KING: This is Global Warming even though it’s freezing?

Exit question: How low do “Climate Change” temperatures have to drop to freeze Larry King’s suspenders?