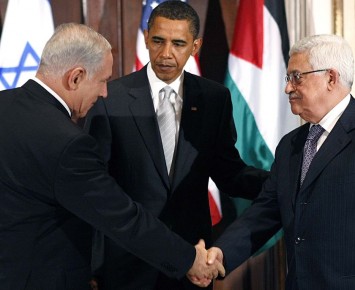 Prime Minister Binyamin Netanyahu has blocked, at least temporarily, a bill which would require judges to impose the death penalty on convicted terrorist murderers.

That move provoked anger from the bill’s sponsor, Yisrael Beytenu MK Sharon Gal, who accused the prime minister of not being serious about fighting terrorism.

The proposed law is fiercely opposed by some MKs – primarily, though not exclusively from the Left – who oppose the death penalty in principle and have argued that it would simply turn terrorists killers into “martyrs.”

But it is backed by many MKs on the Right, who see it as a powerful deterrent tool and a fitting punishment for ideological murderers who will never be rehabilitated.

Terror victims and victims’ rights activists also widely support the proposal, saying it prevents the most heinous of killers from ever being released in controversial “prisoner swap” deals.

Speaking to Arutz Sheva, Attorney Ze’ev Dasberg – a terror victims’ rights activist who lost his own sister and brother-in-law to terrorism – emphasized that while it wouldn’t provide a magic solution, the death sentence “needs to be part of the legal tools against terror.”

Such a sentence would have to be applied “in a very careful way,” he cautioned, and in tandem with other measures as well – such as filing civil lawsuits aimed at bankrupting terrorist groups, their sponsors and enablers.

But the bottom line, he said, was that Israel desperately needs to change the rules of the game.

“Every time we release terrorists, we get more terror… more victims,” he noted.

Yet despite that, he lamented that the same mistakes were constantly being repeated: lopsided prisoner swaps like the 2011 Shalit Deal, which see hundreds of terrorist killers released, only to return to terrorism shortly afterwards.

That discussion is likely to be reignited soon, as pressure mounts on the government to secure the release of Israeli citizen Avraham Mengistu, who is currently being held hostage by Hamas.

But Dasberg insists that it is time for Israel to break out of the vicious cycle.

“Maybe it’s time to stop it and make some other rules, and say ‘What is the best way for the state for Israel, for the army, for the people… to fight terrorism to protect the citizens of israel?'”