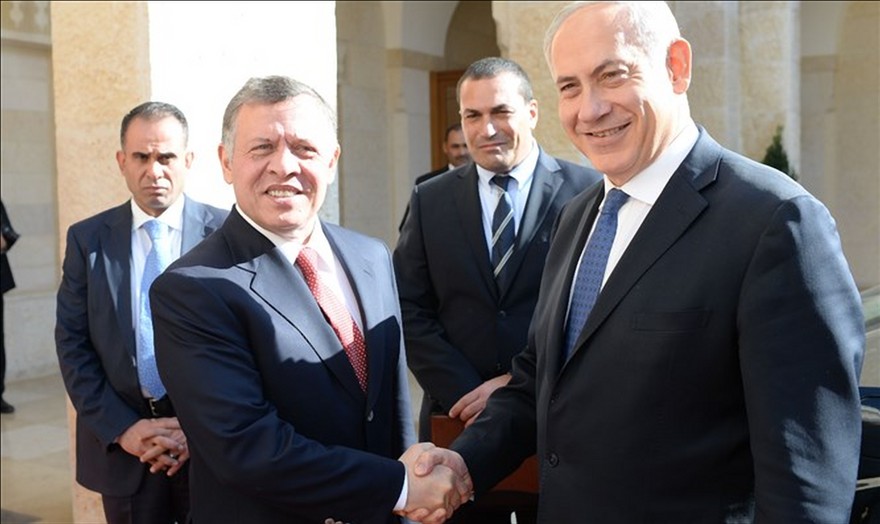 Netanyahu fails yet again to protect the Jewish people in Israel. Metal detectors reportedly to be removed from Temple Mount, security guard returned from Jordan.

Israeli Prime Minister Binyamin Netanyahu and Jordanian King Abdullah spoke earlier this evening and an understanding is reportedly being reached to resolve the crisis between the two neighbors.

According to the Channel 10 report, the agreement stipulates that metal detectors will be removed from the entrances to the Temple Mount and will be replaced by other security measures. Additionally, the security guard wounded in yesterday’s stabbing attack at the Israeli embassy in Amman will be allowed to return to Israel.

Prior to the report, the head of the Shin Bet intelligence service traveled to Amman to discuss the release of the security guard who was wounded in the attack yesterday.

An embassy security officer was stabbed Sunday night by a Jordanian terrorist in his residence adjacent to the embassy complex. After he was stabbed, the officer opened fire, killing the terrorist. A second Jordanian citizen was also killed in the incident, apparently from stray fire.

In wake of the attack, Jordanian officials have demanded Israel turn over the wounded officer for interrogation by Amman police – a violation of the diplomatic immunity enjoyed by embassy staff.

Israel has refused the demand, prompting the Jordanian government to issue an order barring the officer’s exit from Jordan.

The Shin Bet chief was sent, among other reasons, to conduct an investigation of the incident from the Israeli side – which Israel will apparently share with Jordan, instead of allowing Amman to investigate the embassy.

The Shin Bet chief will also reportedly discuss the removal of the metal detectors from the entrances to the Temple Mount.

The metal detectors were set up following a deadly terrorist attack at the Temple Mount in which two Druze police officers were murdered.

The Palestinian Authority and the Jordanian Waqf, which administers the site, view the move as Israel asserting further control over the site. They have refused to enter the compoundin protest and have prayed in the streets outside.

The Israeli Security Cabinet will discuss tonight the possibility of removing the metal detectors.