Netanyahu, did you hug a terrorist today? 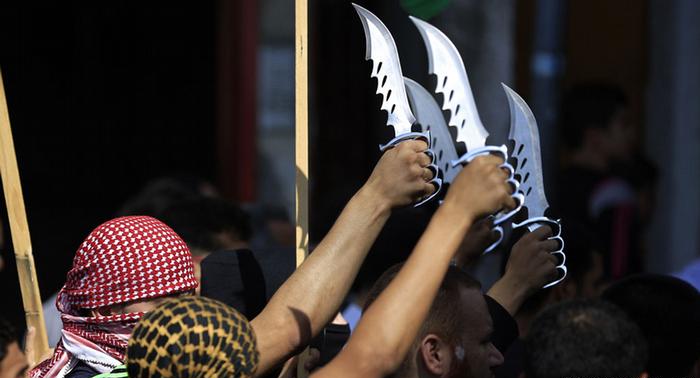 Israelis with children in the military are asking, since when is the life of a terrorist so precious and when did their own kids become so expendable?

Demanding peerless morality on the part of its soldiers is one thing. But requiring IDF guys to be more merciful than G-d, this is something else.

That is pretty much where we are in the case of an Israeli soldier who last week finished off a terrorist who’d been wounded after a knifing spree. The terrorist was wearing a heavy overcoat, which suggests hidden explosives. Either way, the soldier felt he had no time to “stop and frisk.”

When in doubt, take no prisoners.

Today’s handwringing in the name of morality appears to be excessive and somewhat absurd.

The soldier was handcuffed and led off to jail. Today, a military court has formally charged him with “needlessly killing” the terrorist.

For an analysis of the situation that even precedes today’s military court action, I suggest this superb posting from Arutz Sheva’s Ari Soffer.

He uses wonderful Talmudic logic and dexterity to sort it all out.

Outsiders wonder what the fuss is all about. Soldier shoots terrorist dead– especially post-Brussels, a headline like that would be welcome in most parts of the world, mitigating circumstances be damned. In Israel it’s different. Morality counts, as it should.

But Israelis with children in the military are asking, since when is the life of a terrorist so precious and when did their own kids become so expendable? They also worry that placing a single soldier in doubt places the security of the entire nation in doubt from unreasonable second-guessing.

Another point irksome to Israelis beyond the IDF high command is the apparent joy and backslapping of the radical left whenever an Israeli soldier is put on the spot. From one incident to the next, there they are, leftists with Arab cameramen ready to take pictures in case something does not go according to the book.

In America we are especially perplexed at an IDF high command seemingly gone soft.

Are these the same Israelis who hunted down Eichmann and rescued the Entebbe hostages?

Were rules of engagement strictly adhered to or to hell with it, we win, you lose?

So today’s handwringing in the name of morality appears to be excessive and somewhat absurd.

On judging the soldier, there’s been no hesitation on the part of the leftist news media or Defense Minister Moshe Ya’alon. They’ve jumped right in and found the soldier guilty even before all the evidence has been presented to the court, where, we trust, cooler heads will prevail.

In the heat of the moment a soldier has a split second to decide right from wrong, life or death. Hesitation can be deadly.

The American military also prides itself in maintaining high moral standards. But, even under Obama, that does not stop us from droning terrorists to smithereens wherever we find them – and we don’t ask questions, either. We incinerate them in 12 different countries, mainly, at the moment, Pakistan, Somalia and Afghanistan.

This is warfare being conducted above the clouds and beneath the headlines.

Mistakes were made and continue to be made. Combatants have been eliminated, by the thousands, likewise, unfortunately, women and children.

There’ve been no investigations and no apologies. War means never saying you’re sorry.

Except, apparently, in Israel, where a military court has already taken its first step against the soldier.

But more than this one soldier’s future is at risk.

At stake is the fighting spirit of a nation.