In a speech to delegates at the 37th World Zionist Congress in Jerusalem on Tuesday, the premier claimed that Hitler’s original intentions were solely to expel the Jews. 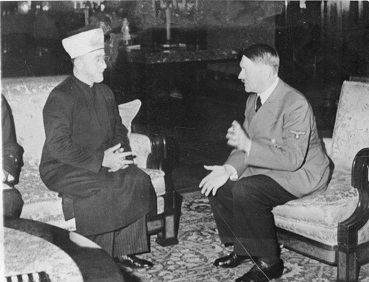 Social media was abuzz on Wednesday following claims made by Prime Minister Benjamin Netanyahu that Adolf Hitler initially had no intention of massacring European Jewry.

In a speech to delegates at the 37th World Zionist Congress in Jerusalem on Tuesday, the premier claimed that Hitler’s original intentions were solely to expel the Jews.

According to Netanyahu, the Fuhrer changed his mind at the insistence of the [Jerusalem Muslim] Arab leader at the time, Haj Amin al-Husseini, who argued that the expulsion of the Jews would result in their arrival en masse to [Israel], which at the time was under British Mandatory rule.

Netanyahu made the claim as part of an effort to illustrate the [Arab Muslim] propensity to use the holy places in Jerusalem as pretexts for committing acts of violence against Jews. 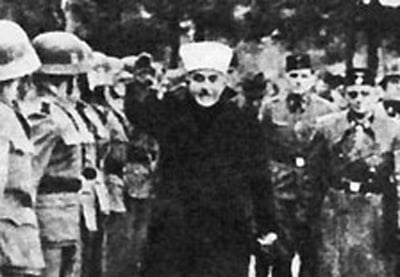 “My grandfather came to this land in 1920 and he landed in Jaffa, and very shortly after he landed he went to the immigration office in Jaffa,” Netanyahu told delegates on Tuesday. “And a few months later it was burned down by marauders. These attackers, Arab attackers, murdered several Jews, including our celebrated writer [Yosef Haim] Brenner.”

“And this attack and other attacks on the Jewish community in 1920, 1921, 1929, were instigated by a call of the mufti of Jerusalem, Haj Amin al-Husseini, who was later sought for war crimes in the Nuremberg trials because he had a central role in fomenting the final solution,” the premier said. “He flew to Berlin. Hitler didn’t want to exterminate the Jews at the time, he wanted to expel the Jews. And Haj Amin al-Husseini went to Hitler and said, ‘If you expel them, they’ll all come here.’ ‘So what should I do with them?’ he asked. He said, ‘Burn them’.”