Netanyahu lied during the election: Tells EU’s chief diplomat he is committed to “two-state solution” 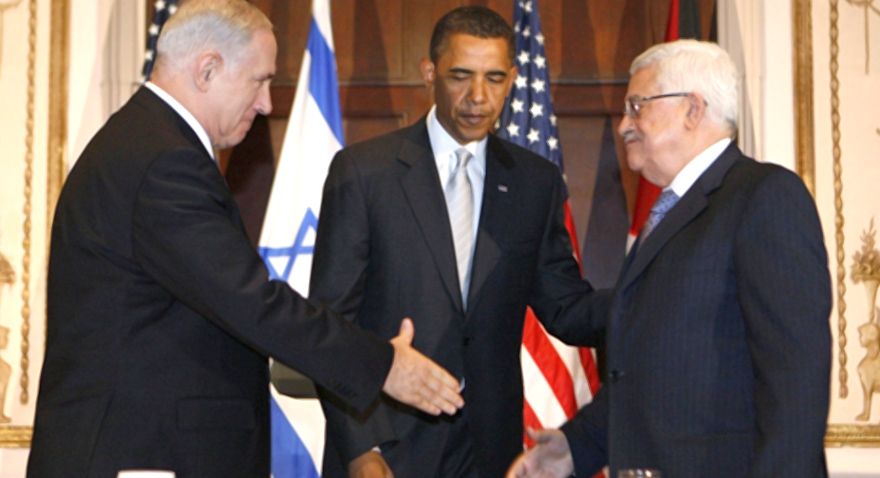 Israeli Prime Minister Benjamin Netanyahu told the European Union’s top diplomat that he was committed to finding a two-state solution with the Palestinians, as long as they recognize the Jewish state.

“I don’t support a one-state solution – I don’t believe that’s a solution at all,” Netanyahu said at a joint news conference with EU foreign policy chief Federica Mogherini before meeting privately with her on Wednesday in Jerusalem. “I support the vision of two states for two peoples – a demilitarized Palestinian state that recognizes the Jewish state – and I look forward to discussing with you how we can advance that vision in a practical, secure and responsible way.”

In response, Mogherini said that the EU supports the establishment of a Palestinian state.

“I believe your recommitment tonight to work on peace and security,” Mogherini said.

Netanyahu drew the ire of the international community, notably the United States, for saying on the eve of his reelection on March 17 that there would be no possibility of a two-state solution under his leadership. He walked back his comments and said that they were misconstrued in the media.

On Wednesday, Netanyahu said that he has always been in favor of the establishment of a Palestinian state that recognizes a Jewish state.

“Israel wants peace. I want peace. We want a peace that would end the conflict once and for all,” he said. “My position has not changed.”

Mogherini met with Palestinian Authority President Mahmoud Abbas in the West Bank earlier on Wednesday as part of a trip meant to help restart peace negotiations in the region.